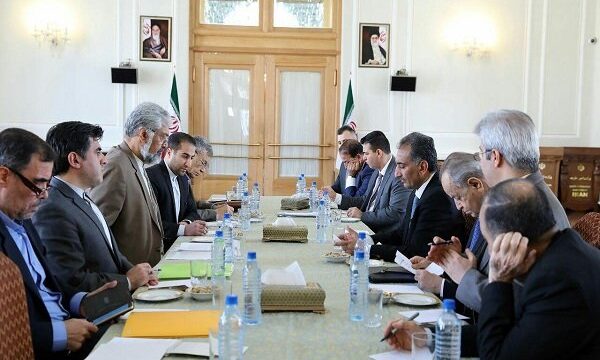 During the meeting, the two sides discussed various aspects of bilateral ties, and highlighted the significance of President Rouhani’s visit to Baghdad as a historic opportunity for further development of all-out relations.

The Iraqi diplomat extended an invitation to Sarmadi for a visit to Baghdad, adding “relations between the two countries are boundless in all fields, especially in security and defense issues, as well as energy cooperation.”

He stressed that Iran would play an active role in the reconstruction of Iraq.

The two sides also discussed border issues in Arvand Rud, about which the Iranian official urged Iraq to fully implement the 1975 Algiers Agreement that was signed to settle the two countries’ border disputes and conflicts.