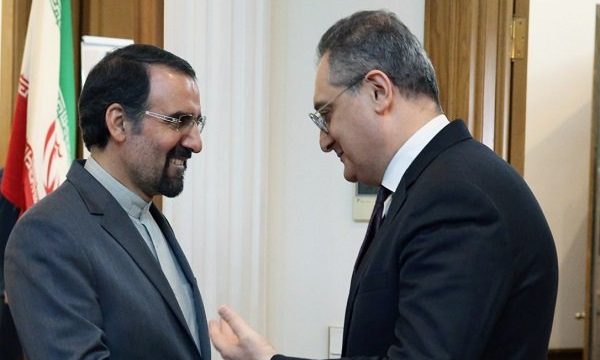 IRNA – Senior Iranian and Russian officials in a meeting here on Wednesday stressed the importance of strengthening bilateral cooperation in various areas, particularly in the fields of economy and trade.

In the meeting, the two sides called for regular contacts between Iranian and Russian officials.

The most important area on which the two countries cooperate is fighting terrorism in the region which are supported by certain Western states.