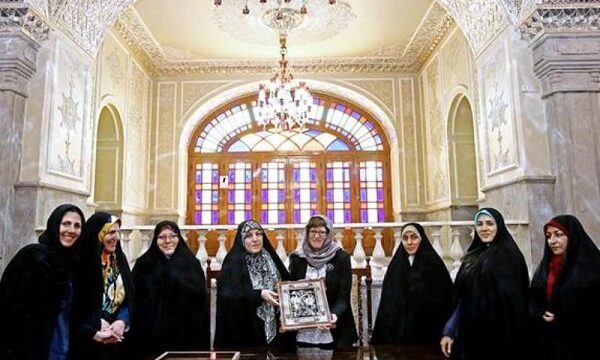 Iran flag-bearer of human rights in ME: UN official

MNA – Deputy Human Rights Commissioner Kate Gilmore said that Iran is among the leading countries in the region regarding the status of human rights.

She made the remarks Wednesday in Tehran in a meeting with Farideh Olad Ghobad, the head of women faction of the Iranian Parliament.

Kate Gilmore said she is honored to see that Iranian women are playing different important and leading roles in society.

Condemning Islamophobia, racism and unilateral measures, Gilmore stressed that the issue of human rights should not become a political tool.

She went on to say that the understandings of the UN council about the status of human rights in Iran have deepened and Iran is now one of the leading countries of the region in this regard.

For her part, Olad Ghobad said that after the Islamic Revolution, Iranian women have had played effective roles in political, economic, scientific, and social realms and that the Iranian Parliament have ratified various laws to support women’s rights.