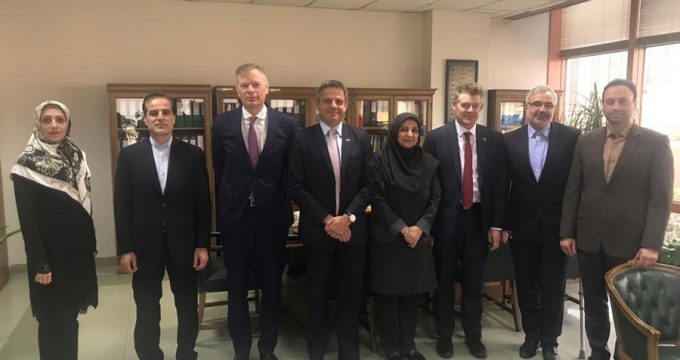 IRNA – The British Embassy in Tehran on Tuesday announced the meeting of a delegation headed by British Ambassador Rob Macaire with officials of Central Bank of Iran on the Instrument in Support of Trade Exchanges (INSTEX).

‘Good meeting at the Central Bank of Iran today, discussing INSTEX and the UK’s support for business in Iran,’ The UK embassy in Tehran tweeted on Tuesday.

The meeting was attended by Director of Business Department at the British Embassy Keith Wellings and Middle East, Afghanistan, and Pakistan Commercial Affairs Commissioner Simon Penny who arrived in Tehran this morning.

Following the US’ withdrawal from Iran nuclear deal, the EU took stance against the move by devising plans to help preserve the international pact.

By implementing the Blocking Statute, the EU companies’ compliance with the US foreign sanctions was annulled.

Earlier in a news meeting in Bucharest, German, British and French foreign ministers officially announced the commissioning of the European special financial mechanism, known as the INSTEX.