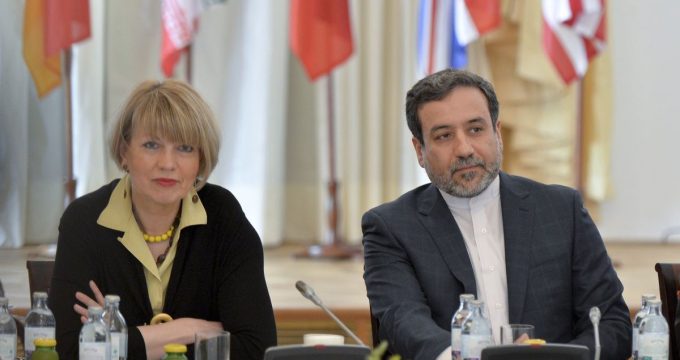 IRNA – A diplomatic source verified that the Joint Comprehensive Plan of Action (JCPOA) joint commission meeting will be held in Vienna, Austria on Wednesday.

The meeting will be co-chaired by Secretary General of the European External Action Service Helga Schmid and Iran Deputy Foreign Minister Abbas Araqchi.

Deputy foreign ministers of Germany, UK, France, Russia and China will participate in the meeting.

Bilateral and multilateral expert meetings between Iranian and other parties’ delegations started on Monday.

The meetings focus on the impacts of US illegal withdrawal from Iran nuclear deal and re-imposition of sanctions and the way to implement remaining parties’ commitments.

He is supposed to hold bilateral meetings with his counterparts and with Schmid as well.

Earlier, Russian Permanent Representative to the UN Office and Other International Organizations Mikhail Ulyanov said The meeting will be held in political directors’ level.

He added that the upcoming JCPOA joint commission is likely to solve ambiguities regarding implementation of INSTEX.

Meanwhile, earlier Director General of the International Atomic Energy Agency (IAEA) Yukiya Amano reiterated the fact that Iran is implementing its commitments under the nuclear deal

‘My report on Verification and monitoring in the Islamic Republic of Iran in light of United Nations Security Council resolution 2231 (2015) covers relevant activities of the Agency in that country over last few months,’ Amano said.

‘Iran is implementing its nuclear-related commitments under the Joint Comprehensive Plan of Action. It is essential that Iran continues to fully implement those commitments,’ he added.