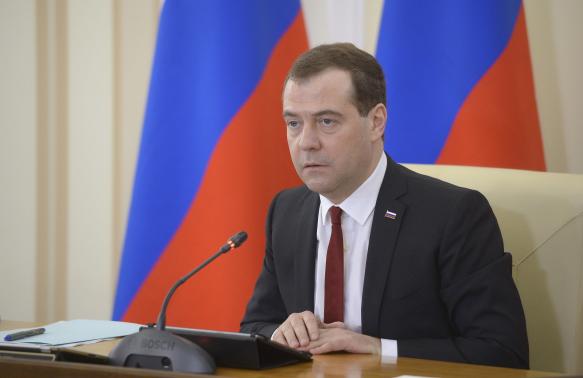 Russia urges elimination of infrastructure for US nuclear weapons in Europe

Tasnim – Russian Prime Minister Dmitry Medvedev said it would be right to eliminate the infrastructure for US nuclear weapons in Europe.

“Everyone will feel more at ease when all US nuclear weapons return to US territory, and infrastructure in Europe which allows to store, service and deploy those weapons, will be eliminated,” Medvedev told the Luxemburger Wort newspaper ahead of his visit to Luxembourg.

Medvedev added that this also concerns military exercise on the possible use of nuclear weapons that are regularly held in NATO member states.

“This only adds unnecessary stress, mostly for NATO countries themselves,” he said, adding that the United States, not Russia, decided to withdraw from the fundamental treaty in the sphere of global security – the International Nuclear Forces (INF) Treaty.

“This is why the Russian president signed, as a reciprocal measure, a decree on suspending membership in the INF Treaty until the US eliminates their own violations,” the prime minister explained, TASS reported.

“We are not threatening anyone, and we are definitely not going to attack anyone or fight with anyone,” Medvedev said. “Any attempts at nuclear blackmailing, in our opinion, exacerbate international tensions,” he added.

He also said that “there is no danger for gardens in Luxembourg.”

“We want peace and stability in Europe, and of course, we maintain dialogue with NATO member states. We are cooperating with them on several issues. Our cooperation is constructive, and we expect the same approach from our partners.”

The prime minister stressed that missiles’ speed is a technical characteristic, not a measure of peacefulness. “Of course, we strive to have the most modern and effective weapons. However, we want it not to attack, I want to emphasize that. We find war unacceptable at the genetic level, if you will,” Medvedev said.

He went on to say that Russia’s military doctrine is purely defensive. “We are considering our nuclear potential soleley as a deterrent, as a guarantee of Russia’s national security.”