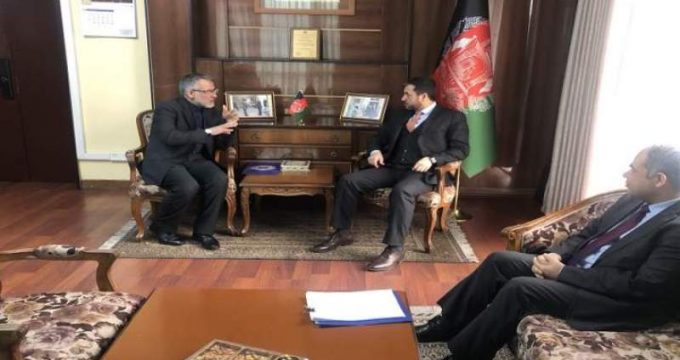 IRNA – The Deputy Foreign Minister of Afghanistan emphasized on the presence of Afghan economic activists in Chabahar, saying that the prosperity of the country’s trade is possible by using Chabahar.

In his meeting with Iranian Ambassador Mohammad Reza Bahrami in Kabul, Nasir Ahmad Andisheh discussed the recent developments in the region, in particular the importance of exporting the first export cargo of Afghanistan through Chabahar Port to India.

“The opening of this transit and trade route between the three countries of Iran, India and Afghanistan is a key point in the prosperity of the trade and economy of three countries and emphasized the necessity and active presence of Afghan businessmen in Chabahar.

Mohammad Reza Bahrami, Ambassador of the Islamic Republic of Iran, also evaluated the opening of the port for export and import among the three major countries as significant.