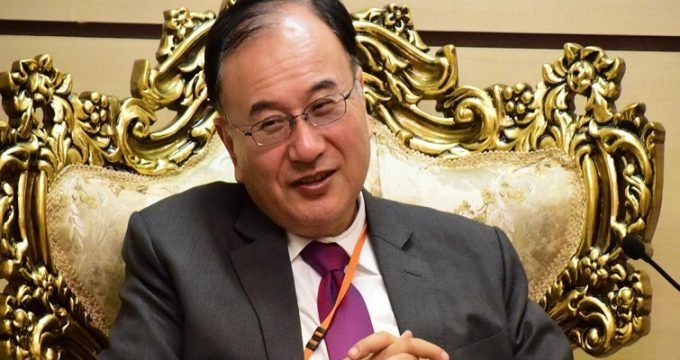 IRNA – Japan ambassador in Tehran Mitsugu Saito said that despite sanctions, the Japanese companies are hopeful of working with Iran.

Addressing a meeting with South Khorasan Governor Mohammad Sadeq Motamedian, Saito said the Japanese firms are seriously involved in sanctions but despite some European companies’ withdrawal from Iran they are still working in the country.

He added that today the international community is supporting the deal.

Pointing to the fact that 76% of Iran coal resources are in South Khorasan, he said 1,500 national historical works, 4 international works, and 40 handicrafts are among tourist attractions of the province.