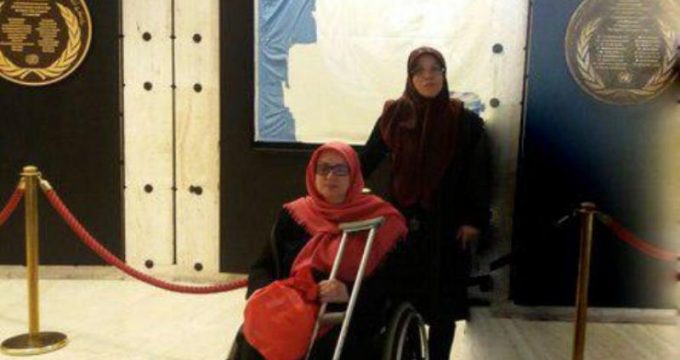 IRNA – A number of Iranians who have been victims of terrorism arrived in Geneva, Switzerland, on Tuesday to attend the 40th session of the United Nations Human Rights Council (UNHRC) in the Swiss city.

The 40th session of UNHRC started on February 25 and will go on until 22 March, at the Palais des Nations, in Geneva, Switzerland, according to Association for Defending Victims of Terrorism.

‘This time, with the motto of ‘Justice for the Child Victims of terrorism’, we are after reinforcing protection of the children against terrorism and armed disputes, and want to eradicate extremism and violence with the power of children,’ said Manijeh Safi-Yari, the representative of Children for Children Foundation in Iran, who accompanies the Iranian group in Geneva.

‘Children are the best proof to illustrate the wickedness and the disasters of terrorism and its supporters to the general public of the world,’ she said.

‘Children are in dire situations because of armed dispute and terrorism; that’s why justice for children is important and urgent.’

‘Outsourcing military goals has resulted in expansion of extremism; and the proxy mission is such a threat for peace and security of the world that UNICEF’s annual report said 2018 has been very oppressive to children and terrible crimes have been committed in it,’ said Haq-panahi, another member of the group.