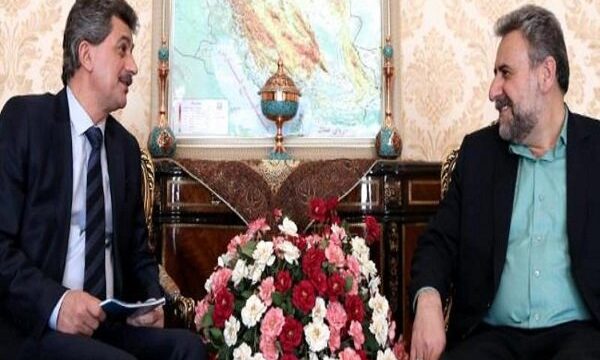 MNA – Chairman of National Security and Foreign Policy Committee of Iranian Parliament said that despite the stressful international and regional atmosphere, Iran and Turkey have presently adopted the most similar stance than ever.

Heshmatollah Falahatpisheh made the remarks in a Monday meeting with the new Turkish Ambassador to Tehran Derya Ors.

Naming the two countries’ relations historical and warm, Falahatpisheh called for expansion of parliamentary and political ties between the two sides.

Ors, for his turn, said that Iran and Turkey have started a new chapter in their mutual relations due to new opportunities and threats and their common cultural, economic and political cooperation is expected to grow thanks to the tendency of the two countries’ senior officials.