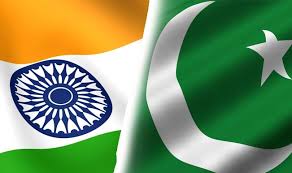 Alwaght – Tensions between India and Pakistan, two Asian nuclear states, have reached their peak last week when Indian fighter jets attacked a Pakistani border area harboring terrorists. Pakistani officials, calling the Indian attack a violation of their soil, threatened that the New Delhi’s move will not go without response. As the tensions escalated fast, the two countries’ exchanged fire on the two sides of the border, and in an air encounter, India lost two and Pakistan lost one fighter planes.

Seeking the roots and aspects of the recent escalation, Alwaght has conducted an interview with Nozar Shafee, an Iranian expert of Indian Peninsula affairs.

The first question was about the roots of the Pakistani-Indian confrontations that happen every now and then. Mr Shafee responded that since 1947, the year the Indian Peninsula was split and the two modern countries of India and Pakistan were created, Islamabad and New Delhi were at the dispute over Kashmir. So far, he added, they fought three wars, two of them over Kashmir and one over Bangladesh’s separation from Pakistan.

“Indians argue that Kashmir is the undetectable part of India. Their reasoning is that Kashmir for a long time has been an independent princely state which chose to be part of India. On the opposite side, Islamabad says that the partition of India document says that the split of territories should be based on the three principles of religion, geographic closeness, and the will of people. So, these three principles make Kashmir part of Pakistan. But India rejects this argument out of the worry that should it lose Kashmir, other areas of its territory may revolt for secession, something that will challenge India’s territorial integrity.”

Pakistan insists that as long as Kashmir is not integrated into its territories, its territorial unity will not be realized and the deal of the partition will remain incomplete. Islamabad seeks to internationalize the cause while New Delhi strongly comes against this agenda. So far, the two sides engaged in negotiations several rounds. But the territorial disputes are the most complicated problems between the states. India and Pakistan’s case is no exception.

The expert went on that “So far, a set of scenarios were designed to resolve the dispute. First one was forming the greater Kashmir that was planned to come to existence from the reunion of India and Pakistan-administered Kashmirs. The second one was the smaller Kashmir formed by adding parts of Kashmir, Jammu, and Ladakh to India. But Kashmir Valley will become an independent region with portions of Pakistani-administered Kashmir being part of it. The third scenario is keeping the status quo, namely saving the Line of Control as a border. The fourth one is Chenab River formula. It was proposed that Chenab River, which breaks Kashmir into two equal parts be set as the demarcation line.” But none of these scenarios were successful because the two sides did not approve of them. With this level of dispute, any negotiations only can de-escalate tensions and are unlikely to result in a settlement on Kashmir.”

When was asked why the new Pakistani Prime Minister Imran Khan failed to accomplish his campaign-time promise of dialogue with India, Mr Shafee replied that India does not want to negotiate over Kashmir. On the other side, in Pakistan the army, not the PM, has the last word on Kashmir cause. Pakistani army wants all of Kashmir. So, any measure taken by the two countries’ politicians or the Indian army on Kashmir will be almost ineffective. At the same time, people in Kashmir complain that the choices about the future should not be limited to choosing between Pakistan and India. A better choice, they insist, is independence. Such a position by the Kashmiris, in turn, compounds the problem.

Mr Shafee was asked about the veracity of the Indian claims that Pakistan supports the radical groups to hit the Indian national interests and if there was the possibility of war. He responded that New Delhi’s argument is true. There are some terrorist groups equipped in Pakistan and sent for terror operations on the Indian soil.

Touching on war between the neighbors, the expert said “There are three possible forms of war between the two countries. First is a nuclear war which is highly unlikely. The second war is a conventional one which is more likely. However, there are fears that a conventional war will lead to a nuclear one. The third form is a sub-conventional confrontation similar to the current Islamabad backing to the anti-Indian terrorist groups to deal blows to India. This form is favorable for Islamabad because the Pakistanis are unable to directly fight India.

Alwaght asked where this crisis could go and if the United Nations Security Council will step in the case. The Iranian expert replied that despite the fact that India and Pakistan are two nuclear powers, a full-scale war between them looks hard to break out. Still, a shadow of tensions over Kashmir remains on the two neighbors’ relations. “As I already told you, India is uninterested to see the involvement of the UN in the issue. But I do not think that escalated tension will upgrade to a full-scale war. Because it will have huge damages to both sides.”