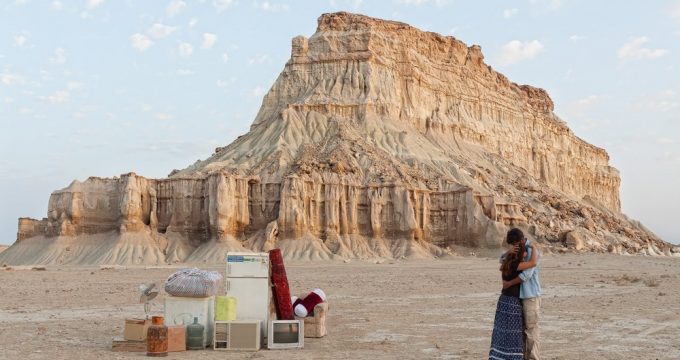 The big picture: a surreal scene in the Iranian desert

The Guardian | Tim Adams: The photographer Gohar Dashti was born in 1980 in Ahvaz, a city in south-west Iran, near the border with Iraq. For the first 10 years of her life, her home was a battlefield in the brutal war between the neighbouring states. She spent many childhood nights in an air-raid shelter and she looked on as the place that was all she knew was reduced to rubble. Dashti’s work has always focused on the legacy of conflict, a fallout that continues around Ahvaz both physically – the rivers are poisoned, the wheat fields barren – and psychologically.

From her earliest work a decade ago, Dashti has approached this post-conflict history not as a documentary photographer, but as a conceptual artist. She grew sick, she has said, of foreign photojournalism – women in chadors brandishing machine guns. Instead, she wanted to use her pictures to locate the more intractable insecurity that she recognised all around her. She started staging pictures that juxtaposed the expectations of normal life events – celebrations of weddings or birthdays – with the ever-present detritus of war.

In the series of pictures she called Stateless, made in 2014 and 2015, she developed this idea with surreal portraits in the Iranian desert.