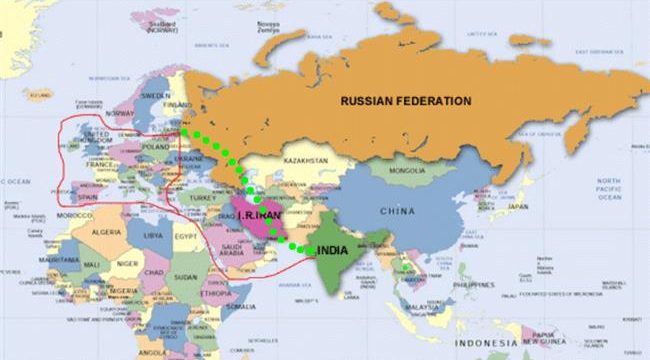 Addressing the opening session of the seventh Coordinating Council meeting for INSTC in Tehran on Monday, Eslami urged the need to improve the Corridor’s infrastructures saying, “formation of joint transportation and logistics companies among the member states will definitely help increase INSTC’s transportation capacity.”

The official expressed hope that the member states, as well as the countries situated along the strategic Corridor’s routes, would gear up their political will to remove the hurdles in developing the mega project.

This could help bring economic prosperity to the regional governments and nations, he added.

Eslami further noted that Iran, for its part, is making every effort to accelerate the development of the projects related to the transportation network’s capacity.

According to him, the strategic “Qazvin-Rasht” railway, which will be inaugurated this Wednesday, will reduce a significant share of cargo transportation costs between Asia and Europe.

The 164-kilometer-long stretch was a missing link in INSTC, which will connect Iran with Russia’s Baltic ports and give Russia rail connectivity to both the Persian Gulf and the Indian rail network.

The minister added that concurrent with the inauguration of the Qazvin-Rasht railway, the construction of the Rasht-Astara railroad will commence, opening new opportunities for the entire Eurasian region.

He added that the construction of Chabahar-Zahedan railway is currently underway, which will connect the country’s northern and southern ports and borders upon the completion.

Eslami further said plans are high on the agenda to link the country’s eastern and western points so as to multiply the corridor’s capacity.

INSTC is a major transit route designed to facilitate the transportation of goods from Mumbai in India to Helsinki in Finland, using Iranian ports and railroads, which the Islamic Republic plans to connect to those of Azerbaijan and Russia.

Once completed, goods could be transported from Mumbai to the Iranian port of Bandar Abbas and further to Baku. They could then pass across the Russian border into Astrakhan before proceeding to Moscow and St. Petersburg, and then on to Europe.

INSTC would substantially cut the travel time for everything from Asian consumer goods to Central Eurasia’s natural resources to advanced European exports.

The multimodal route is estimated to reduce the time and cost of transportation of goods between India and Europe from 40 to 15 days.

The corridor is said to have the potential of delivering up to 10 million tons of India-Europe trade via its transportation network.