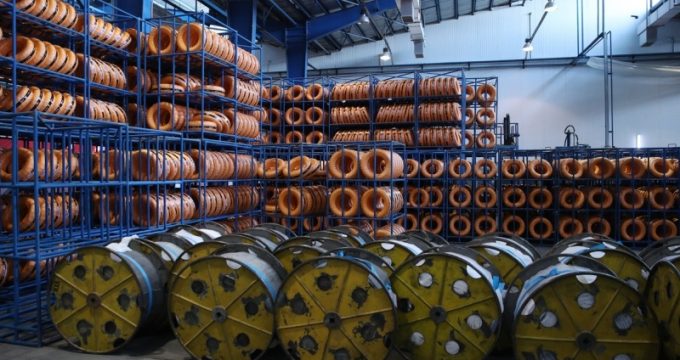 IRNA – Iran’s rubber industry is facing a problem to supply some raw materials due to sanctions, but has relied on the ability of domestic professionals to produce airless tires and become its fourth producer in the world.

airless tires, unlike conventional tires, are not supported by air pressure, which is why their main advantage is that heavy equipment made with airless tires can carry more weight and engage in more difficult activities and save energy.

Parviz Akhavan, Managing Director of Barez Industrial Group, who spoke on Sunday at the Summit of Development, Services, Exports and Extensions of the top Iranian companies at the venue of the international conference hall of IRIB, announced the acquisition of this unit for airless technology and said, “With the outrageous sanctions imposed by the enemies, the engagement of the elite and educated by the industry was on the agenda, and agreements were signed with the Polytechnic University and the Faculty of Engineering of the University of Tehran.”

He expressed, “150 raw materials are needed to produce tire, of which 45% are imported, and due to sanctions, we were faced with a difficulty in importing them. With the formation of a team in cooperation with the Presidential Nano Headquarters, accessing to basic items needed for the tire industry was on the agenda, and of the total of 26 items imported, seven of its instruments were domestically produced.

The industrial activist stressed that today the Islamic Republic of Iran has become the fourth tire manufacturer in the world after major companies such as Bridgestone and Michelin, and three samples from this product were produced in collaboration with the scientific and research centers.

He emphasized, “The design, materials and technical knowledge of this tire are completely indigenous.’