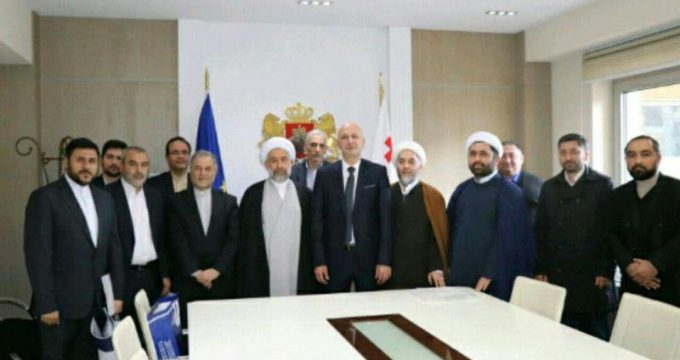 On one hand religion could be considered as an engine of growth for development of a society, and on the other it could be a tool for enemies of religions, the extremists in particular, Javad Qavam-Shahidi said in a recent meeting with Georgia’s Chairman of the State Agency for Religious Issues Zaza Vashakmadze.
Qavam-Shahidi praised as an ample opportunity for other nations, Islamic Republic in particular, freedom of religion in Georgia.

He added that the cooperation and dialogue of followers of divine religions would prevent growth of ‘extremist thoughts’.

Vashakmadze, for his part, presented a report about the Georgian government’s policies regarding the Muslims residing in the Caucasian country.

He also voiced the Georgia Agency for Religious Issues’ readiness to sign a Memorandum of Understanding (MoU) with Al-Mustafa International University in the Iranian city of Qom.