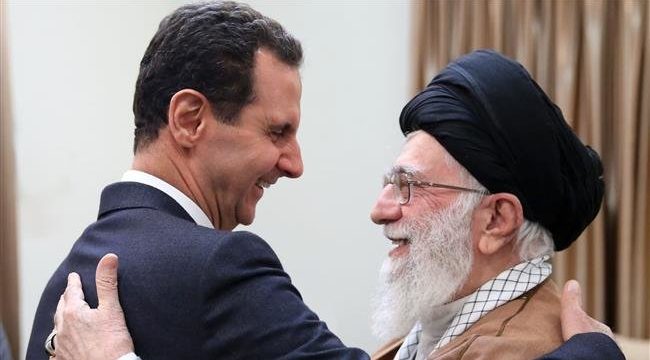 Ghadir-class submarine successfully launched a cruise missile on the third day of ‘Velayat-97’ drills in the Sea of Oman.

Commander of the Islamic Revolution Guards Corps (IRGC) Aerospace Force Brigadier General Amir Ali Hajizadeh said the enemy has sought to hamper the progress of Iran’s missile program but its plots have been foiled.

Turkish President Recep Tayyip Erdogan said “significant progress” has been made in Turkey’s ongoing talks with Iran and Russia to secure Syria’s northwestern province of Idlib.

Iranian Foreign Minister Zarif called on officials in charge of casting the final verdict on endorsement of the two remaining FATF-related bills to base their decisions on ‘facts’.

The footprint of Saudi Arabia can be clearly seen in sabotages and measures against the Islamic Republic, said Commander of the Islamic Revolution Guards Corps (IRGC) Aerospace Force.

Iranian Parliament Speaker Ali Larijani said that the Leader of the Islamic Revolution has agreed to withdraw €1.5 billion from National Development Fund to strengthen the defense sector of the country.

The Leader of the Islamic Republic of Iran Ayatollah Khamenei met with chess player Aryan Gholami on Sunday, praising him refusing to play against the Israeli player.

A senior commander of the Islamic Revolution Guards Corps (IRGC) says Iran’s aerospace force has successfully hacked the US drone command and control system as a response to Washington’s impudence in claiming that it has sabotaged Iran’s missiles.

The heads of three branches of Iranian government has called for the full implementation of the Leader Ayatollah Khamenei’s Second Phase of Islamic Revolution, describing it as a roadmap for progress, solidifying the revolution and the Islamic Establishment in the next decade.

Leader of the Islamic Revolution Ayatollah Seyyed Ali Khamenei says the Islamic Republic is honored to support Syria and considers it as equal to supporting the entire resistance front.

Iranian President Hassan Rouhani says the Islamic Republic is ready to help Syria with its reconstruction plans and restore stability to the war-ravaged country.

Rouhani believes Iran has only one foreign policy and one foreign minister: chief of staff

Leader of Islamic Revolution Ayatollah Seyed Ali Khamenei called on the officials to keep their vigor and maintain hope in conducting their tasks.

Growing calls in Iran asking Zarif to draw back from resignation

More than 150 Iranian lawmakers asked President Hassan Rouhani to turn down Foreign Minister Mohammad Javad Zarif’s resignation, while the president’s chief of staff has rejected reports that the president has accepted the top diplomat’s resignation.

Zarif, Zanganeh, Hemmati, at front line of fighting US

Iranian President Hassan Rouhani said that the country’s foreign ministry, oil ministry, and the Central Bank are standing at the front line of the fight against Washington.

Leader of the Islamic Revolution Ayatollah Seyed Ali Khamenei said that Iran is now stronger than ever after 40 years of plots against it, which have only turned the enemies weaker.

Iran’s minister of defense said Tuesday mine cleaning is a priority of engineering department at his ministry.

No intention behind Zarif absence in Assad’s meetings

Iranian Quds Force’s Commander Major General Ghasem Soleimani said that there has been no intention behind the absence of Foreign Minister Zarif in meetings of Syrian president in Tehran.

Defense Minister of Iran Brigadier General Amir Hatami said on Wednesday that in the coming few days, good tidings will be published in regards with the separation of economic enterprises from Armed Forces.

Ayatollah Khamenei: Iran, Armenia must boost ties despite US opposition

Leader of the Islamic Revolution Ayatollah Seyyed Ali Khamenei says Iran and Armenia should work to further boost their relations irrespective of opposition from the US that seeks sedition, division and war across the world.

Iranian Foreign Minister Javad Zarif has called on both Pakistan and India to exercise restraint, following recent tensions between the two nuclear-armed neighbors.

Visiting Tehran, members of an anti-war NGO based in the US criticize the Washington administration for abandoning the multilateral 2015 nuclear deal and re-imposing bans on Iran, saying such a move is the outcome extensive lobbying by the Israeli and Saudi regimes, America’s staunchest allies in the Middle East.

The radar and navigation aid systems of Moein 40 and Nasser 40 were unveiled in the presence of Khatamulanbia Air Defense Commander Ali-Reza Sabahibard.

The Expediency Council’s Saturday meeting on joining the UN Convention on Transnational Crime (Palermo bill) ended without conclusion, leaving the fate of the bill unknown till the next Iranian year (starting in March 21), a member of the council said.

The Iranian Judiciary’s High Council for Human Rights rejected recent allegations leveled against the country by the United Nation’s special rapporteur as “baseless”, saying the person is misusing his position to propaganda against the Islamic Republic.

Iranian Foreign Ministry Spokesman Bahram Qassemi strongly condemned a recent move by the British government to list Lebanon’s Hezbollah as a terrorist group and said the movement, which itself is a victim of terrorism, is highly popular in Lebanon.

Spokesperson of the Pakistan Army has welcomed the recent offer by the Iranian Foreign Minister Mohammad Javad Zarif to help achieving a peaceful resolution of dispute between Pakistan and India.

The lawmakers in the Iranian parliament finished reviewing the budget bill for the next fiscal year of 1398, which will begin almost 20 days later.

Iran-Russia’s $500mn trade ties can hike due to potentials: envoy

Iranian ambassador to Moscow, Mehdi Sanaei, said Iran and Russia’s economic relations have hit $500 million worth of trade, saying the level could be raised even higher given the two countries’ vast potentials.

President Hassan Rouhani on Monday called on domestic companies and entrepreneurs to turn to non-oil exports to tackle hurdles created by sanctions.

Japan’s ambassador to Tehran expressed his country’s resolve to proceed with economic cooperation with Iran.

Japanese refiner Cosmo Oil will load around 900,000 barrels of Iranian Heavy crude oil in early March as local refiners are rushing to lift as much barrels from Iran during the current 180-day US sanctions waivers, sources with direct knowledge of the matter told S&P Global Platts on Tuesday.

Head of Iran’s Plan and Budget Organization Mohammad Baqer Nobakht said efforts are underway to deal with the tough conditions caused by the cruel US sanctions.

Pakistani fighter jets struck at targets inside Indian-controlled Kashmir on Wednesday, but did so from their own airspace, according to a statement from Pakistan’s foreign ministry.

Over 80,000 kids under the age of five have died of starvation in Yemen, UN chief says

United Nations Secretary-General Antonio Guterres says tens of thousands of children under the age of five have died of starvation in Yemen ever since Saudi Arabia and a number of its allies launched an atrocious military aggression against the impoverished country nearly four years ago.

Washington continues to invest in terrorism in Syria: Al-Jaafari

Syria’s Permanent Representative at the United Nations Bashar al-Jaafari said that Western states, particularly the United States, are working to prolong the crisis in Syria by investing in terrorism, stressing that a military resolution in Idleb is inevitable if the political efforts to implement the Sochi agreement fail.

Lebanon’s Hezbollah group on Friday strongly rejected the British government’s move to ban it as a terrorist organization, calling it an “insult” to the Lebanese people and evidence of subservience to the United States.

OIC continuing to support Palestine cause

Organization for Islamic Cooperation underlined its continuing support for the Palestinian people to seek their rights and form an independent state with Quds city as its capital.

Minister of Communications and Information Technology Mohammad Javad Azari Jahromi announced the country’s plans to purchase a satellite to be placed into the geostationary orbit.

Yas, Iran’s new electric car to be unveiled this week

Iran Science and Technology University is expected to unveil its electric car that could help reduce the rampant pollution in major Iranian cities.