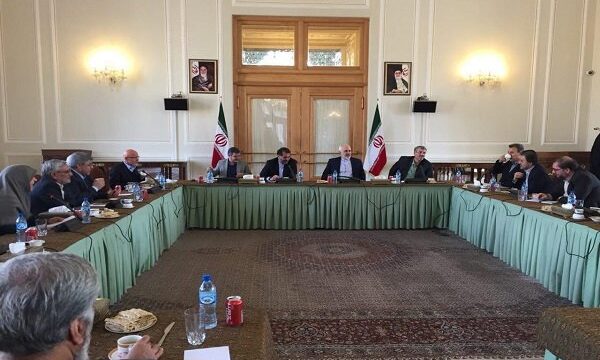 Lawmakers meet FM Zarif to hail his return to work

MNA – A group of lawmakers representing the Iranian Parliament’s Hope Faction have visited the Foreign Ministry building in downtown Tehran to meet with the country”s top diplomat Mohammad Javad Zarif.

According to the Iranian Foreign Ministry website, the parliamentarians praised the foreign minister for his services and welcomed his return to work following his Monday resignation.

They also highlighted the significance of the country”s foreign policy and the key role played by the foreign ministry.

In the friendly meeting, Zarif also responded to questions raised by certain lawmakers.

Zarif resumed his duties as foreign minister of the Islamic Republic after President Rouhani rejected his resignation.