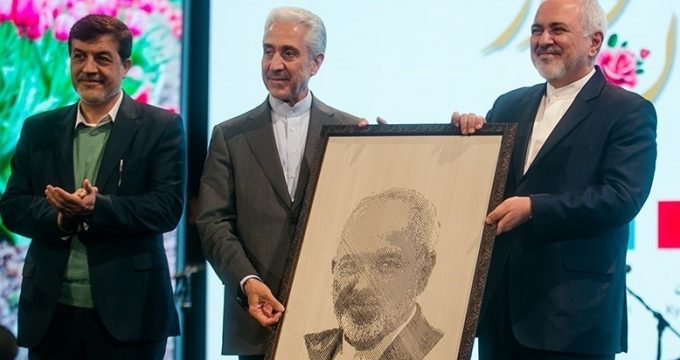 Bourse and Bazaar | Mahsa Rouhi & Esfandyar Batmanghelidj: On Monday, Iranian Foreign Minister Mohammed Javad Zarif announced his resignation in a late-night Instagram post, sending shockwaves through political circles in Iran and abroad. Just ten days earlier, Javad Zarif’s fiery performance at the Munich Security Conference had won him praise across the political spectrum in Iran. At a time when public support for the JCPOA among Iranians has slipped to just 51%, Zarif’s strong message struck a chord with the Iranian public, who flooded social media with clips of him defending Iran’s missile program and refuting any notion that the West held the moral high ground. Zarif also made clear that while Europe has made the ‘right political statements’ regarding the JCPOA, it has yet to prove that it is willing ‘to pay the price’ to defend the deal in the face of US ‘bullying’.

Iranian President Hassan Rouhani has rejected Zarif’s resignation, citing Supreme Leader Ayatollah Sayyid Ali Hosseini Khamenei’s trust in and esteem for Zarif. But the foreign minister’s reasons for tendering his resignation are hardly opaque. With parliamentary and presidential elections on the horizon, and the economy falling under increasing pressure, he has had to reassure the public of the Rouhani administration’s nationalist credentials and parry accusations of weak leadership from hardliners, which tried to impeach him in December 2018 over his support for Iran’s Financial Action Task Force reforms. The last straw was reportedly his exclusion from meetings with Syrian President Bashar al-Assad, who was in Tehran on Monday. Zarif felt that the foreign ministry was being unduly sidelined, and told an Iranian newspaper that he sought to defend the ‘integrity’ of the ministry by resigning. Should he stay on, Rouhani and Khamenei’s testimonials may help Zarif prevent the Foreign Ministry’s marginalisation.

Regardless of who is foreign minister, Iran’s public diplomacy must find a new balance. Zarif’s resignation illustrates how growing divergence in foreign policy between the Iran’s moderates and hardliners could impede the critical political mission of preserving the JCPOA until 2021, when Iran’s newly elected president will likely have the chance to engage a new American president.

Just as the JCPOA remains the signature foreign policy achievement of the Rouhani administration, it also serves as a symbol of multilateralism for the E3 and especially the European Union. However, as demonstrated by the tortured wording of the recent European Council conclusions on Iran, there is growing fatigue in Europe over efforts to shield the JCPOA from the Trump administration’s attacks and increasing frustration over what are perceived as Iran’s destabilising activities in the Middle East and—in light of attempted political assassinations—in Europe. Many European officials view Iran as intractable and are inclined to take a much harsher stance, albeit short of the Trump administration’s ‘maximum pressure’ campaign.

So far, officials in favour of engagement and incentivisation continue to set the overall tenor of European policy on Iran. But the emerging political dynamics indicate that a tougher line from Iran will probably lead to a tougher line from Europe. Pressure has thus increased on Iran’s moderates to reassure European stakeholders of their firm commitment to constructive engagement while also showing domestic strength by following principles established over the four decades of the Islamic Republic. Achieving these dual aims will require the Iranian government to cast Iran’s continued compliance with the JCPOA as a defining element of Iran’s national vision.

The erosion of a unipolar world order may facilitate this objective. The United States appears to be losing its berth as the primary architect and steward of the global political and economic system. Through a combination of “America First” policies and the abuse of foreign policy tools such as extraterritorial sanctions, the Trump administration has prompted European leaders to question longstanding structural imbalances in the transatlantic relationship, and to call openly for greater political and economic autonomy. Thomas Wright has observed that the Munich Security Conference marked the end of the “transatlantic charade.”

Iranian leaders could exploit this development in several ways. Firstly, they could link Iran’s traditional challenge to US primacy with Europe’s developing interest in strategic autonomy. The launch of the INSTEX special purpose vehicle, which seeks to facilitate Europe–Iran trade in the face of US secondary sanctions, is a start. In Munich, citing near-term practical limitations, Zarif characterised INSTEX as insufficient to honour European commitments to save the nuclear deal, echoing a sentiment shared widely in Tehran. He may have missed an opportunity to cast INSTEX as emblematic of an accelerating European push for greater strategic independence.

Secondly, the Rouhani administration might downplay the withdrawal of the United States from the nuclear deal precisely on account of Washington’s diminished leadership. Any Iranian visions of Iran’s centrality to the prospective integration of Eurasia driven by the remaining non-Iranian parties to the JCPOA—Europe, Russia and China – are exaggerated. In fact, there appears to be little momentum behind Iran’s inclusion in emerging political and economic structures, in part due to US sanctions. But Iran can still project general optimism about a stronger political and economic role in the Eurasian geopolitical space on the basis of positive relations with Europe, Russia and China. In this context, the JCPOA could be portrayed not as an agreement imposed by the United States to shackle Iran but rather as an important security and economic pact that could support its normalization in Eurasia.

Finally, Iran can highlight its interest in advancing the establishment of a multipolar world. For two decades Iran’s foreign policy debate has focused on the choice between East and West. Hardliners have argued that Iran should look east, and forge closer ties with Russia and China, which overlook Iran’s human rights failings and remain largely neutral with respect to Iran’s Middle East activities. Moderates have typically argued that Iran must look west and establish closer ties with the United States and Europe, even if this requires a commitment to political reform. This dichotomy may be obsolete, or at least less useful.

Provided Iranian officials can maintain Iran’s broad diplomatic engagement, they could leave the door open to improved dialogue with the United States while placing the onus on American leaders to earn back trust of the remaining parties to the deal. It bodes well that the Democratic National Committee has already adopted a resolution calling upon the US to re-enter the JCPOA.

This article was originally published by IISS.