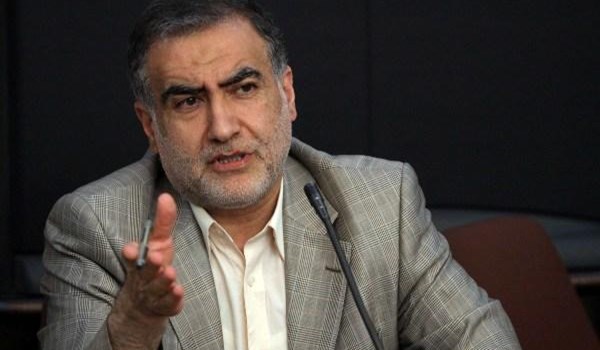 FNA – A senior Iranian lawmaker lashed out at the western countries for trying to impose their monetary restrictions, including the convention against the funding of terrorism (CFT) and the Financial Action Task Force (FATF) recommendations, on Iran.

“Accepting Palermo Convention and the convention against the funding of terrorism (CFT) is only possible under normal conditions and when there is no threat and sanctions against Iran, but now we have no other option than acting outside these frameworks,” Tabriz lawmaker Ahmad Alireza Beigi told FNA on Friday.

“During the imposed war (1980-88 Iran-Iraq War) we had to procure our defense needs through unconventional means and now that we are under economic war conditions and the sanctions are increasing against Iran on a daily basis, we cannot expect to conduct our financial transactions within a restricted framework that has been determined by the US sanctions,” he added.

Alireza Beigi reiterated that Palermo is a step towards imposing restriction on the Iranian nation and an obstacle to development and progress of Iran.

He also noted Europe’s offer for keeping the nuclear deal alive, the Instrument for Supporting Trade Exchanges (NSTEX), and said, “Europe’s financial channel is in fact meant to restrict Iran’s transactions and it is in line with imposing restrictions in a bid to prevent Iran from procuring its needs through other channels and it is not a facilitating factor.”

Iran has been required to fulfill dozens of FATF recommendations to enhance its status from a blacklist of non-cooperative countries, while the country is under US sanctions. The country’s status in FATF has no impact on toughening or easing the US sanctions.

FATF has required Iran to implement a number of moves that include endorsement of several conventions.

Palermo bill is one of the four government bills seeking to bring Iran’s anti-money laundering and countering terrorism financing standards into line with those defined by the FATF.

The parliament has approved all the measures but except for the bill that updates Iran’s domestic law on countering financing of terrorism. All the rest have been rejected by the Guardian Council – a watchdog that ensures laws are in line with the Constitution and Sharia.

The bills on Iran’s accession to the Palermo Convention and the CFT were rejected by the Guardian Council in early November due to some flaws that violated the country’s Constitution. The bills were then amended by the Iranian Parliament, waiting for the next steps in the Guardian Council.

To fulfill FATF requirements, President Hassan Rouhani’s administration has proposed four bills to the parliament for approval, two of which are still undecided, including the Palermo Convention. They have been referred to the Expediency Council for final approval.

Yet, Iran has recently approved a national anti-money laundering (AML), which was a domestically-developed bill.

In its October meeting, the FATF decided to extend the deadline for Iran until February to complete reforms under the specified action plan that includes a list of 9 major moves, including the opening of its financial transactions data bank to the FATF that is headed by the US Department of the Treasury’s Assistant Secretary heading the Office of Terrorist Financing and Financial Crimes Marshall Billingslea.

The Political-Defense-Security and Legal-Judicial Commissions of the EC declared in January that endorsement of the Palermo bill would run against the country’s interests.

In relevant remarks on January 26, Secretary of Iran’s Expediency Council Mohsen Rezayee announced that the EC’s specialized commissions have rejected the country’s endorsement of the Palermo bill, adding that the final decision will be made in the Council’s next meeting.

Speaking to reporters after an Expediency Council meeting on Palermo convention here in Tehran, Rezayee said that the EC’s specialized commissions have concluded that harms and losses of Iran’s endorsement of the convention would overpass its merits.

“It is a reality but the EC will have the final decision in this regard,” he added.

Asked if Iran is entitled to set preconditions to join Palermo and the blur conditions surrounding this issue, Rezayee said, “Of course, there are much more ambiguities too and it was decided that the pros and cons study them in the next meeting.”

It was the second week in a row that the EC deferred the decision on the bill for further studies.