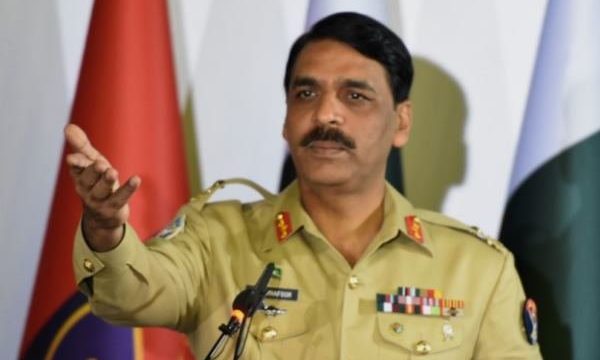 IRNA – Spokesperson of the Pakistan Army has welcomed the recent offer by the Iranian Foreign Minister Mohammad Javad Zarif to help achieving a peaceful resolution of dispute between Pakistan and India.

Director General (DG) of the Inter-Services Public Relations (ISPR) Major General Asif Ghafoor said this while responding to a question of IRNA correspondent at a special meeting with foreign media in Rawalpindi.

The meeting was held at army headquarters to brief the foreign media on recent developments in the subcontinent as well as growing tensions between Pakistan and India.

Earlier Iranian Foreign Minister Mohammad Javad Zarif in a phone conversation with his Pakistani counterpart Shah Mehmood Qureshi had said that Iran is ready to play a mediatory to defuse tensions between the two states.

Major General Asif Ghafoor in response to question of IRNA said that we fully support and encourage the offer of Iranian friends. “This is what we expect from our friend and brotherly country of Iran,” he said.

He expressed his gratitude to the Iranian government for the offer adding that ‘Iran like our other friends Turkey and China has always followed a balanced policy on Pakistan-India ties.’

In response to another question from IRNA the spokesperson said that Pakistan is taking effective steps to strengthen security of border with Iran and to stop terrorists from exploiting the border to carry out their activities and disturb the peace on joint border.

He said that Pakistani border forces are taking extra measures to ensure security of the border adding that Pakistan has also recently increased the number of troops at the border with Iran.

DG ISPR said that Pakistan is already fencing border with Afghanistan adding that this is not fencing against the people or the nation of Afghanistan, but it is aimed at stopping the flow of terrorists who disturb the peace of area.

He said Pakistan is also considering fencing the common border with Iran in order to ensure security on border regions and the country would discuss the issue with Iranian brothers.

Major General Asif Ghafoor went on to say that Pakistan will continue to cooperate with Iran and noted that earlier with the efforts of Pakistan army five of the twelve abducted border guards were recovered safely and handed over to Iranian authorities.

He said that Iran and Pakistan have excellent cooperation at all levels to strengthen the security of joint border. He said that Pakistan and Iran enjoy strong brotherly ties which cannot be compared to Pakistan-India ties.