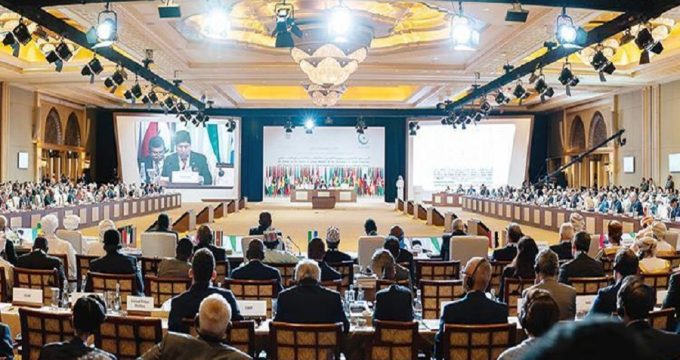 OIC continuing to support Palestine cause

IRNA – Organization for Islamic Cooperation underlined its continuing support for the Palestinian people to seek their rights and form an independent state with Quds city as its capital.

The secretary general of the Organization for Islamic Cooperation (OIC), Yousef bin Ahmad Al-Othaimeen in inaugural ceremony of the 46th meeting of the Foreign Ministers of the organization in Abu Dhabi of UAE on Friday noted that the issue of Palestine and the suffering of its people are at the top of the attention of the OIC, IRNA quoted the UAE “Al-Ittihad” newspaper.

Referring to the efforts of OIC in Combating Islamophobia, he added, ‘The danger of extremism and terrorism is detrimental for security and peace in our region, and threatens our valuable cultural heritage and identity.’

The secretary general of the Organization of Islamic Cooperation stressed that the stability, security and prosperity of the Iraqi state are important for this organization, and expressed satisfaction with Baghdad’s progress on issues such as fighting the ISIS terrorist group, the parliamentary elections and forming a new government.

The 46th meeting of the Islamic Cooperation Organization’s foreign ministers was held Friday with the speech of Ambassador of Bangladesh AK Abdul Momen, who chaired the previous round of the meeting.