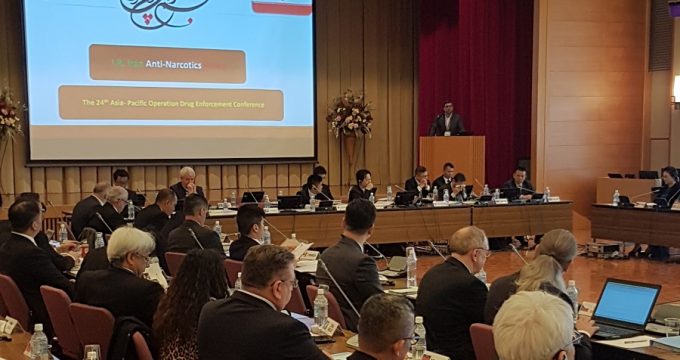 IRNA – The 24th Asia-Pacific Operation Drug Enforcement Conference was held with the attendance of Iran in Tokyo, Japan.

About 200 officials and experts in anti-drug field from over 35 countries and international organizations participated in the event.

He referred to exchanging information on ring-leaders of drug smuggling networks and information cooperation as a regional solution for fighting narcotics.

Reinforcing regional and international cooperation, creating intelligent groups to monitor smuggling path in the sea and holding maneuver and anti-drug police summit were among other topics proposed by Iranian representative.

Referring to Iran as a victim of narcotics transit from Afghanistan, Musapour said Iran spends billions of dollars to prevent drug transfer through eastern and western borders to Europe.