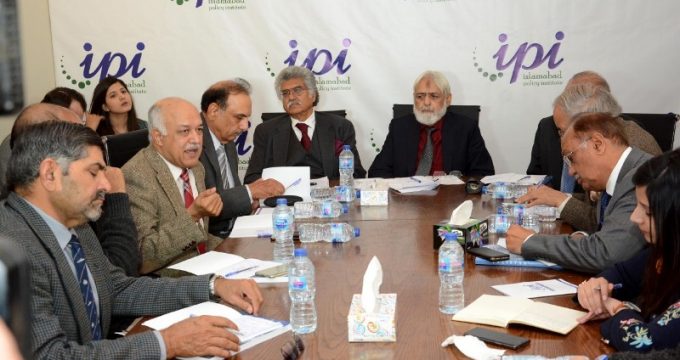 IRNA – Speakers at a roundtable discussion in Islamabad have stressed upon the need for de-escalation of tensions between India and Pakistan.

They were speaking at a roundtable on ‘Escalation Management and Control between India and Pakistan’ organized by Islamabad Policy Institute (IPI), an Islamabad-based think tank.
The speakers said India and Pakistan need to de-escalate the ongoing crisis.

While speaking about the current escalation he said a state has to plan for both escalation and de-escalation and poor planning for any of the two scenarios can lead to war.

Pakistan’s Former Permanent Representative at the United Nations in Geneva Zamir Akram stressed the need for escalation management and control to ensure that nuclear deterrence is maintained.

Credibility of deterrence is essential for de-escalation, he stated.

It was stated that credibility of the crisis management is critical for both sides.

Khalid Banuri said that the current crisis was a test of diplomacy.

Defence analyst Syed Muhammad Ali said that Pakistan had simultaneously demonstrated resolve and capability along with restraint in its calculated use of force.