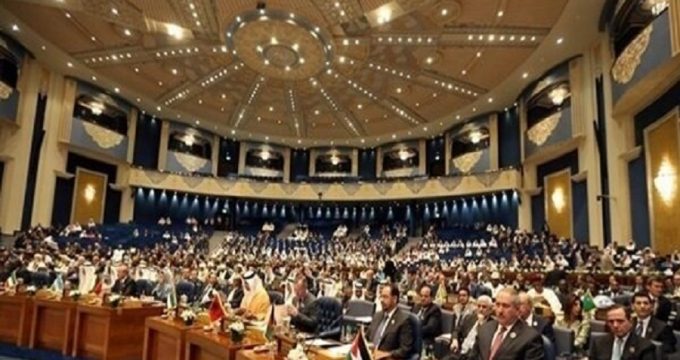 IRNA – The 46th session of the OIC’s Council of Foreign Ministers (CFM) started in Abu Dhabi on Friday.

Meanwhile, Qatari Foreign Ministry said it will attend it and dispatched a delegation for the purpose.

That’s the first time after Qatar’s crisis with Saudi Arabia, the UAE, Bahrain and Egypt, a senior Qatari official is visiting Abu Dhabi.

Sky News website quoted the UAE Foreign Minister as telling the inaugural session that tough measures should be taken against parties supporting terrorism.

He said his country wants adoption of measures against terrorism and extremism, especially through media.

Referring to the OIC role in supporting security and peace, he emphasized that expansion of the ideology of extremism, spread of terrorism and continued clashes prompt confronting such devastating challenges.

As for Palestine, he underlined that his country sides Palestinian nation and their demand, chiefly formation of an independent state based on the 1967 borders with the holy Quds being its capital.