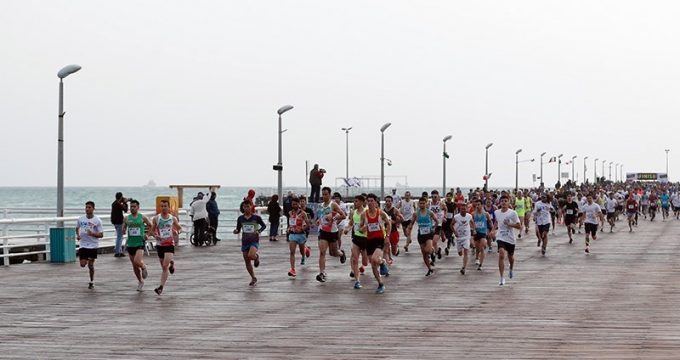 MNA – The 1st Persian Gulf Marathon and the third edition of ‘I run Iran’ took place Friday in Kish Island and winners of different categories were announced.

More than 500 runners from some 20 different countries participated in the event, including male and female runners from Australia, Canada, USA and UK.

The marathon was held in three different distances of 42km, 21km, and 10km in both males’ and females’ categories. Iranian runners grabbed all medals of the event.

Brent Weigner, a 69-year-old USA runner from Kansas, marked Iran as his 170th country in his world marathon.

Previous editions of ‘I run Iran’ at the ancient capital of Persepolis (2016) and in the modern capital of Tehran (2017) attracted athletes from 45 different countries.

The ‘I run Iran’ mission started in 2015 by 45-year-old Dutchman Sebastian Straten, director of Iran Silk Road travel. First hand he experienced an enthusiastic crowd while street running during his 4-years stay in Iran. The project is aimed at promoting long-distance street running in Iran. It intends to inspire a young population of 80 million Iranians to Run for Fun. Watching foreign athletes run in their own country will make them want to follow in their footsteps.

More photos and information about the event is accessible from here.