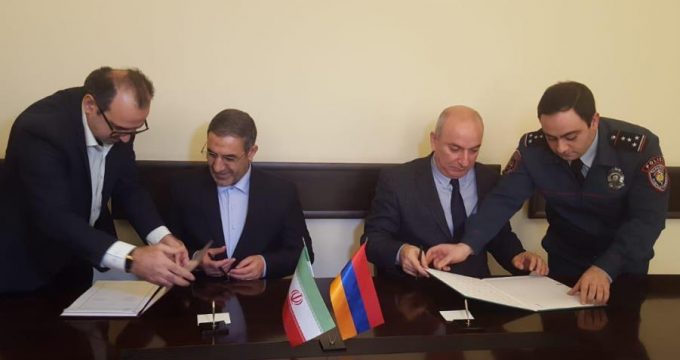 According to Iran’s Embassy in Armenia, Iran’s visiting high-ranking police and disciplinary officials signed a memorandum of understanding with their Armenian counterparts following several rounds of friendly and constructive talks between them.

The MoU was signed by an official with Iran’s Interior Ministry Hossein Kalantari and the chief of staff of the Armenian Armed Forces Armen Gukasyan.