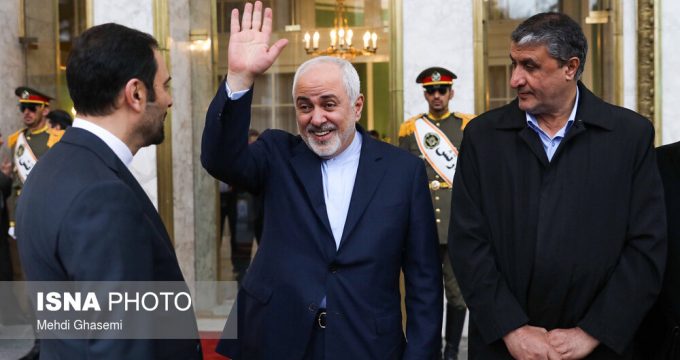 Did Iran’s foreign minister ‘resign’ just to boost his influence at home?

The Guardian | Mohammad Ali Shabani: Mohammad Javad Zarif’s futile attempt to quit could be a sign that he now wants to flex his political muscle within Iran

Almost 36 hours after the apparent resignation of Iran’s foreign minister, there are finally some answers to the many questions it raised. For instance, his superior, president Hassan Rouhani, has not accepted his resignation, which is required under Iranian law. Neither has the top decision-maker in the country, Ayatollah Ali Khamenei – if one is to believe cryptic rumours of a “high-ranking official” having told the diplomat that his exit is not “expedient”. Mohammad Javad Zarif is back at work, joining Rouhani in greeting a visiting Armenian delegation early on Wednesday.

But there is still the question of why Zarif suddenly decided to go on Instagram at midnight on Monday, expressing gratitude to “the dear and honourable Iranian people for the last 67 months” and apologising for his “incapacity” to continue serving in his post. Being under fire from all sides is certainly not a novelty for the ever-smiling Iranian chief diplomat. For years, he has been adored and despised for essentially the same thing: his ability to convincingly make Iran’s case to the world in fluent English, with a strong grasp of how western media works.

The straw that is said to have broken the camel’s back was the presidency’s failure to notify him that the Syrian president, Bashar al-Assad, was in town. Assad’s visit to Tehran was a rare one. Indignant about apparently having been sidelined by his own boss, Zarif’s anger seemed to have boiled over. While a skilled tactician and negotiator, Zarif is known for being fiery on occasion. Just ask the EU’s foreign policy chief, Federica Mogherini, who, in one particularly tough negotiating session during the talks leading up to the 2015 Iran nuclear deal, was told to “never threaten an Iranian”.