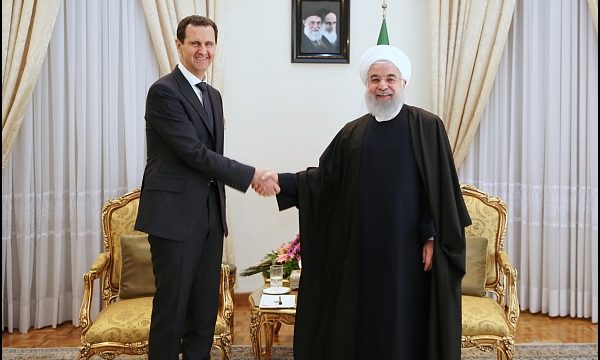 Sputnik – A senior Iranian official said in an interview that the Syrian president confirmed his devotion to Iran during his visit to the Islamic Republic.

Syrian President Bashar Assad has reportedly denied a US offer to break ties with Iran in exchange for Washington’s support, according to a report by Al-Masdar News.

The report quotes Hossein Amir Abdollahian, the advisor to Iranian Parliament Speaker Ali Larijani. The news comes amid Assad’s first visit to Iran since the start of the Syrian Civil War.

“The Syrian President’s visit to Tehran bore a hidden yet great message. The visit of Bashar al-Assad with the Leader and the president of our country at this time was carried out with several goals,” he said, as quoted by the Fars News Agency.

According to Abdollahian, Assad’s visit to Tehran and his refusal to accept the US’ offer reaffirmed his commitment to “both Iran and Hezbollah.” The advisor said that Assad responded to the US proposal in “a loud voice” that Iran and Syria will continued to uphold the so-called Axis of Resistance.

At the beginning of the war in Syria, the US has reportedly stated that the resignation of Assad, who is the legitimate president, and subsequent elections were necessary conditions for peace in Syria. Later, Washington took a more reserved position, and now the US has reportedly attempted to offer its support to the Syrian leader.

The Iranian official also debunked reports that Foreign Minister Javad Zarif resigned because he didn’t receive an invitation to the meeting between Assad and Iranian President Hassan Rouhani.

In fact, Assad reportedly invited Zarif to visit Damascus during his trip, according to a report by PressTV. The invitation was passed to the minister by the Syrian ambassador to Tehran via a telephone conversation, the report says.

During the visit, Iran’s Supreme Leader Ayatollah Khamenei lauded the triumph of the anti-western resistance in Syria, saying it has “made Americans angry” and forced them to come up with new nefarious plots, PressTV reports.

“The issue of the buffer zone, which Americans seek to establish in Syria, is among those dangerous plots that must be categorically rejected and stood against,” the Supreme Leader said.

Assad, for his part, thanked Iran for its “unwavering support” for his country, saying that Syrian war bears similarities with the Iran-Iraq war of the 1980s.

“The Islamic Republic of Iran has always stood by the Syrian nation and government in the fight against terrorism in Syria and has spared no efforts in this regard,” Rouhani said.

He pledged Iran’s readiness to take part in the reconstruction of Syria and the restoration of stability in the Arab Republic.