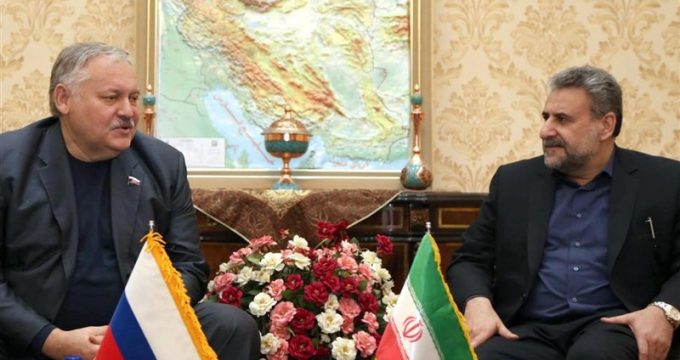 Tasnim – An official of Russia’s State Duma stressed the need for Iran to play a more active role in Central Asia and the Caucasus.

First deputy chairman of the committee of Russia’s State Duma for the Commonwealth of Independent States (CIS) and relations with Russian nationals abroad, Konstantin Fyodorovich Zatulin, hailed Iran as an important country with a major role in regional developments, calling for the Islamic Republic’s stronger presence in Central Asia and the Caucasus.

He made the comments at a meeting with Chairman of the Iranian Parliament’s National Security and Foreign Policy Commission Heshmatollah Falahat Pishe in Tehran.

The Russian official also stressed the need for the expansion of industrial and trade ties between Iran and Russia, saying closer ties with Tehran is top on the agenda of Moscow’s foreign policy.

For his part, the Iranian lawmaker said close cooperation between Iran and Russia has contributed to the settlement of regional conflicts, including the Syria crisis.

Syria was gripped by a civil war in March 2011, which turned later into a large-scale foreign-backed militancy involving various terrorist groups.

Iran and Russia have remained close allies of Syria and supported its legitimate government in the face of terrorist groups like Daesh (ISIL or ISIS).