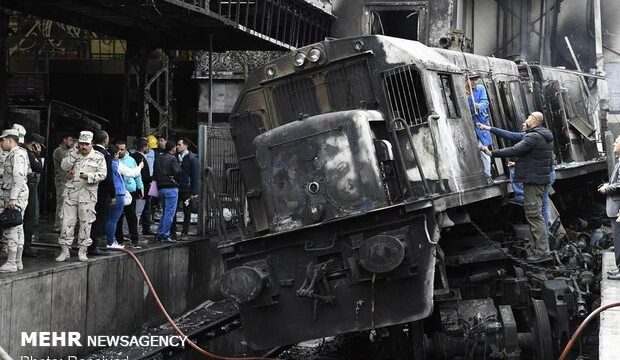 MNA – Iranian Foreign Ministry has extended deepest sympathies to the Egyptian nation over a deadly fire in Cairo’s train station which led to the death of dozens of people.

In a Wednesday message, Foreign Ministry Spokesman Bahram Ghasemi offered his condolences to the Egyptian nation and the families of victims.

At least 25 people have been killed and dozens more injured after a train crashed at high speed into a barrier at Cairo’s main station, causing its fuel tank to explode and triggering a huge fire.

Railway officials said the single railcar was traveling too fast when it collided head-on with the barrier. At least 47 people were injured, many of whom suffered severe burns and are now in critical condition, the Guardians reported.