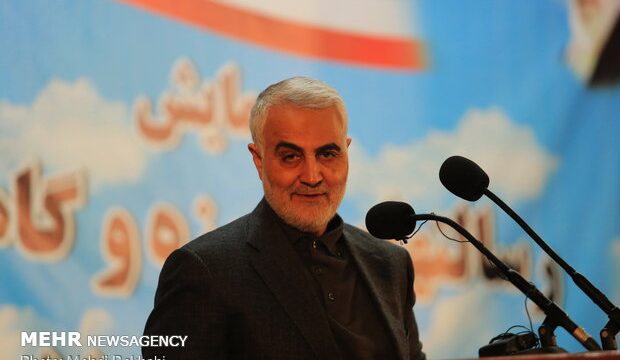 He made the remarks Wednesday night in a local ceremony in Qom.

“You saw that how Bashar Assad hugged the Leader with love like a son who has been departed from his father. This is not a minor thing,” said Soleimani.

Top IRGC commander went on to say that every measure of the Islamic Republic in the world and region are aimed at securing its own national interests and that this is one the continuous guidelines of the Leader.

If there were no Hezbollah or Islamic Movement in Palestine against the Israeli regime, the region would have had experienced different circumstances, he noted.

Elsewhere, he described ISIL as ‘the most dangerous incident of Islam’s history in past 1000 years’, adding that 4000 ISIL suicide bombers carried out attacks in Iraq and scared an entire nation.