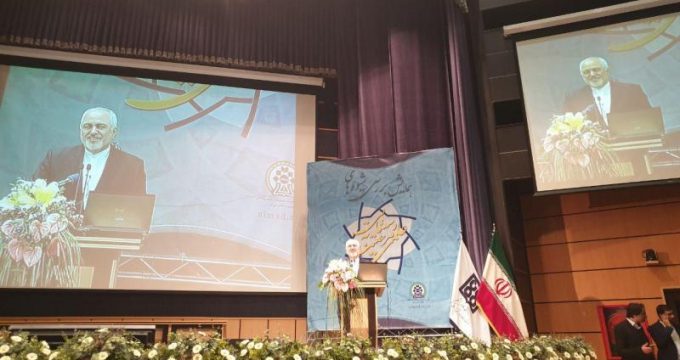 FM says Iran has a bright future in int’l arena

Iran with its national capability will have a bright prospect regarding its standing in science, knowledge, resistance, independence and self-confidence, Zarif said at a scientific conference in Tehran.

Zarif appreciated the important role the people play in the country, stressing that the people should not be ignored.

The United States from the outset [of the 1979 Islamic Revolution] has been trying to hurt the Islamic system to topple it, he said, adding the February 13 US-led Warsaw summit is the US’ latest effort which ended in failure because the world is no longer West-oriented.

Iran is independent, and this is the most important reason behind the US defeats, Zarif said.