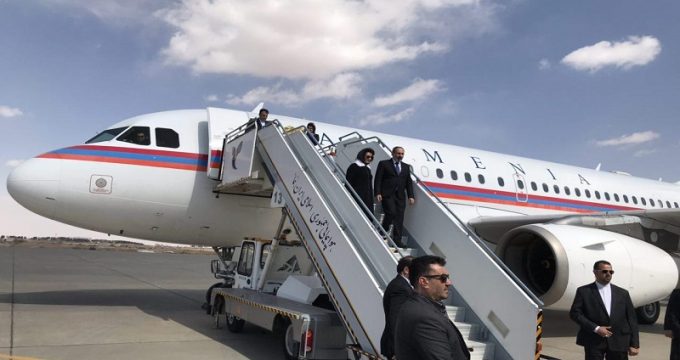 Upon arrival, Pashinyan and his accompanying high-ranking eco-political delegation were welcomed by the Province Governor Abbas Rezaei and Archbishop of Diocese in Isfahan Sipan Kechejian.

In Isfahan, Pashinyan is also to hold talks with Kechejian and Armenians living in this Iranian province.

About 7,000 out of about half a million Armenians in Iran live in Isfahan.

Armenian premier arrived in the Iranian capital on Wednesday (February 27).

In Tehran, he met and conferred with Supreme Leader of the Islamic Revolution Ayatollah Seyyed Ali Khamenei and President Hassan Rouhani on various bilateral issues.