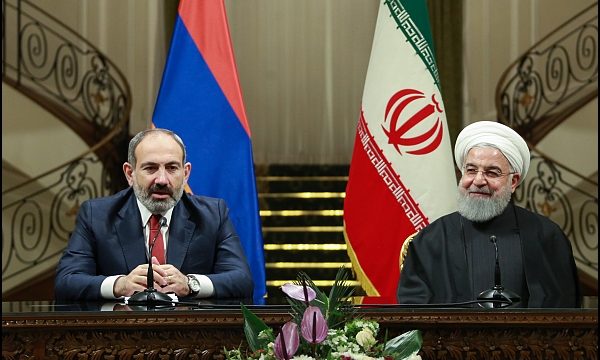 He made the remarks Wednesday in a joint press conference with Armenian Prime Minister Nikol Pashinyan in Tehran after a ceremony for signing two memoranda of understanding between Iran and Armenia.

“The two countries have enough motivation and will to deepen relations,” said Rouhani while expressing satisfaction over relations between the Islamic Republic of Iran and the Republic of Armenia.

“The high-ranking delegations of the two countries discussed a wide range of issues and reached an agreement on them,” he said, adding, “the commission for economic cooperation between the two countries was tasked with following up on what we discussed.”

Appreciating Armenia’s stance towards illegal sanctions of the United States against Iran, he said, “we are willing to deepen Tehran-Yerevan relations in all fields of mutual interest.”