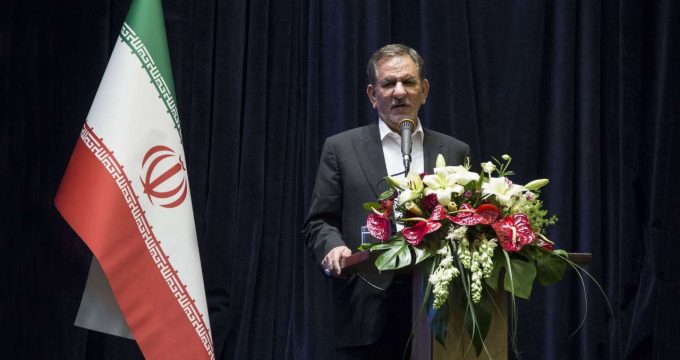 IRNA – US sanctions have targeted the common people and their needs, Iranian first vice president said on Monday.

Undoubtedly, pressuring the Iranian people is the aim of sanctions, Eshaq Jahangiri said in a local ceremony.

He referred to the US officials’ claims about their respect for human rights and not restricting Iran’s access to medicine and food and said that the officials in charge of providing people’s requirements in the areas of drug and food are always complaining about the US sabotages.

Commenting on the US isolation in imposing Iran sanctions, Jahangiri said that the US officials’ anti-Iranian efforts in the UN Security Council, the Hague court, the Warsaw Middle East Conference and the Munich Security Conference were all defused and met with failure.

He said that in spite of the US sabotages in various fields of oil exports, financial transactions, shipping and insurance, the Iranian government is committed to resolve the economic problems and meet people’s requirements.

The first round of the sanctions snapped back into place in August, with the second round, targeting the energy and oil sectors, took effect on November 5.