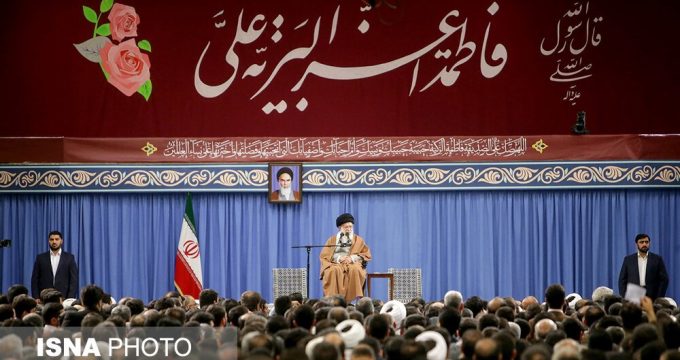 MNA – Leader of the Islamic Revolution Ayatollah Seyed Ali Khamenei said that Iran is now stronger than ever after 40 years of plots against it, which have only turned the enemies weaker.

He made the remarks Tuesday in a meeting with a host of religious panegyrists and eulogists on the occasion of the birthday anniversary of Hazrat Fatima Zahra (SA).

Anyone who does not believe in divine promises should take a look at the past 40 years and see that enemies, who were the center of the material world, stood with all they could against the Islamic Revolution and adopted any hostile measure they could, said Ayatollah Khamenei.

“After 40 years, they are weaker than the first day and we are stronger,” he noted, adding, “this shows that God is with us.”

He went on to say that the flag of Islamic Revolution’s enemies in Asia, Europe, and America is the same flag which was used by enemies of prophets Abraham, Moses, Jesus, and Mohammad (PBUH).