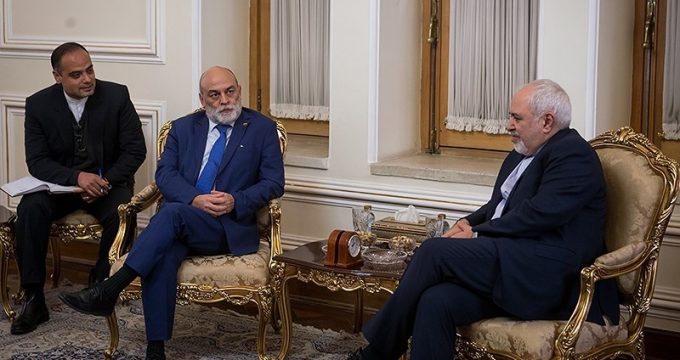 IRNA – Venezuela deputy foreign minister has thanked Iran for helping to improve the political situation in the South American country.

Zarif, for his part, denounced any foreign efforts to interfere in Venezuela’s internal affairs during the meeting in Tehran on Sunday.

Iran foreign policy chief also supported Venezuelan President Nicolas Maduro’s offer to hold political talks between the government and the opposition to resolve “the differences”, according to the report.

The two diplomats condemned US intervention in “the internal affairs of Venezuela and other South American nations.”

“Threatening to use force against Venezuela is a violation of the international law and UN Chart. These actions are doomed to fail,” said the Foreign Ministry.

Gripped by internal economic problems, Maduro has been placed in a chokehold by a self-proclaimed interim president, Juan Guaidó, as well as US President Donald Trump Administration’s policies aimed at overthrowing his government.