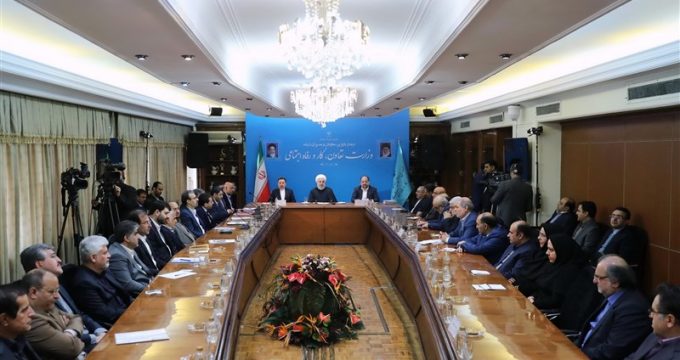 “In the knowledge-based economy sector and the technology-based companies and start-ups, 300,000 jobs have been created, and we plan to add at least 100,000 jobs annually which would create a great movement in the society,” Rouhani said in a meeting with the Ministry of Cooperative, Labor and Social Welfare’s officials in Tehran on Monday.

Boasting about his administration’s success to combat unemployment over the past five and a half years, the president referred to unemployment as the root cause of social problems and crimes.

In the opening of a specialized pharmaceutical plant in Tehran in March 2018, Rouhani had assured the private sector of his administration’s support for knowledge-based projects and research activities contributing to national production.

“The administration will seriously support all private sectors in the field of production, particularly those doing knowledge-based activities and the activities on the basis of knowledge and research,” Rouhani said at the time.

In December 2018, Iranian First Vice-President Eshaq Jahangiri highlighted the administration’s continued support for the country’s knowledge-based companies, which he said should be actively present in foreign markets.

“Supporting knowledge-based companies and science and technology parks has been considered in both the next year’s budget (bill) and general policies,” Jahangiri said, adding that five scientific and technological corridors have been set up in five provinces of the country.