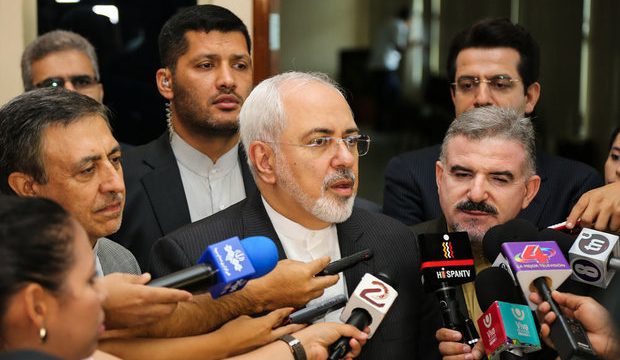 MNA – Iranian Foreign Minister Zarif called on officials in charge of casting the final verdict on endorsement of the two remaining FATF-related bills to base their decisions on ‘facts’.

Speaking to reporters on Sunday on the sidelines of a national conference on multilateralism in Iran’s foreign policy, Foreign Minister Mohammad Javad Zarif answered a question on the FATF’s extended June deadline for Iran, calling on officilas in charge of casting the final verdict on the endoresment of the two remaining FATF-related bills to base their decisions on ‘facts’.

“Up until now, they said nothing would happen, but now they are seeing the realities of the situation,” Zarif added.

The two remaining FATF-related bills, namely the UN Convention against Transnational Organized Crime, known as Palermo Convention in Iran, and the bill on Iran’s accession to the convention against the funding of terrorism (CFT), have already been approved by the lawmakers in the Iranian Parliament and need to gain the approval of the Expediency Council after they were rejected by the Guardian Council.

Guardian Council is a body empowered to vet legislation, while the Expediency Council acts as a mediator in disputes between the Parliament and the Guardian Council.

Zarif went on to add, “whatever decision they make, we will abide by it; but it’s good to know the consequences [of their decision].”

Asked to comment on FATF’s warning that the June deadline is the last chance for Iran to compelte reforms, Zarif said “the two years that we had first agreed on has passed. What they say is of no significance to us. What matters is our country’s relations [with the world].”