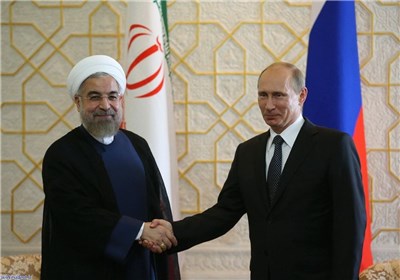 IRNA – The Russian-Iranian cooperation in the political, security and military spheres has grown dramatically over the past four years, and despite resumption of unilateral US sanctions, officials in the two countries are continually talking about the need to expand ties; nevertheless, economic cooperation is still far from expectation.

In its latest report on trade in 2018, Russia’s customs have stated that Russia’s trade balance with Iran has risen compared to 2017, nevertheless Iran’s trade with Russia only accounts for 0.3 percent of the foreign trade in the world’s largest country which is considered low amount given to the 150 million Russia’s population and the country’s vast need for various products and government support.

According to the Russian Customs Organization, Iran had $1.74 billion worth of trade deals with Russia in 2018, of which $207 million is related to exports to Iran and $533 million of imports from Iran.

Some experts believe that rising dollar prices in Iran and higher profits in export of goods to the country have increased the export of Iranian products to Russia, as there has been no particular change in the way the trade between the two countries has taken place, although Moscow and Tehran officials are seriously seeking expansion of economic cooperation between the private sectors.

Mehdi Sanaie, the ambassador of the Islamic Republic of Iran in Russia, clarified that all the necessary documents for the development of cooperation in various fields have been signed between the two countries’ top authorities and politically there is no obstacle to the expansion of bilateral cooperation