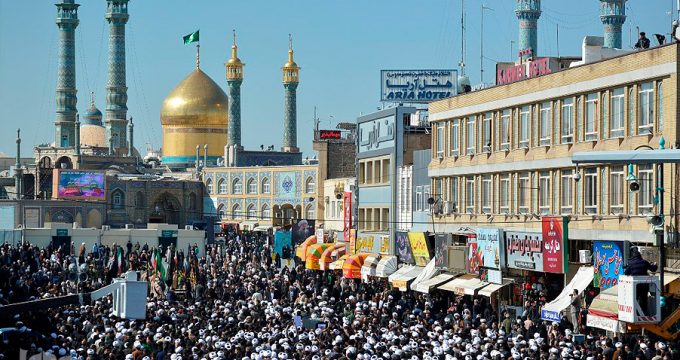 IQNA – The funeral for senior Iranian cleric Ayatollah Mohammad Momen was held in the holy city of Qom on Saturday.

A large number of people, including seminary scholars and students, attended the funeral.

Ayatollah Momen was a jurist member of Iran’s Guardians Council. He died at the age of 81 in a Tehran hospital on Thursday after battling brain hemorrhage and respiratory problems for several months.

The late cleric, who was an influential member of the high-level vetting body, was first appointed to the position by late founder of the Islamic Republic, Imam Khomeini, in 1984 and continued to serve in that capacity after Ayatollah Khamenei extended his assignment in 2014.

Ayatollah Momen also served as a member of the Assembly of Experts in all its five terms.