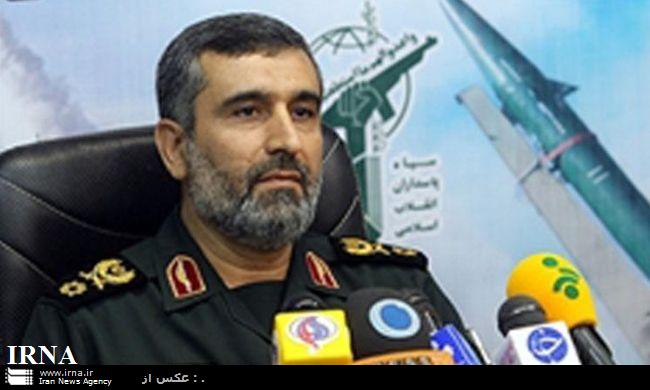 Tasnim – Commander of the Islamic Revolution Guards Corps (IRGC) Aerospace Force Brigadier General Amir Ali Hajizadeh said the enemy has sought to hamper the progress of Iran’s missile program but its plots have been foiled.

“Now, they (US officials) have announced that they are seeking to sabotage our missile sector,” Brigadier General Hajizadeh said in a speech on Sunday.

“For several years we have been aware of this (the enemy’s plot), but we did not made it public,” the commander stated.

“They were trying to sabotage some of the equipment so that the missiles would explode in the air,” Brigadier General Hajizadeh said, adding, “But so far, they have failed to do a damn thing because we anticipated (their moves) and boosted (the missiles to thwart the moves).”

Earlier this week, Hajizadeh rejected US officials’ recent claims that Washington has managed to sabotage Tehran’s missile program as “a very big lie”.

It came after The New York Times recently reported that the Trump White House has accelerated a secret American program to sabotage Iran’s missiles and rockets, according to current and former administration officials.

US government officials asked The Times to withhold some details of its reporting, mostly involving the identities of specific suppliers to the Iranian program, because the effort is continuing, the report said.