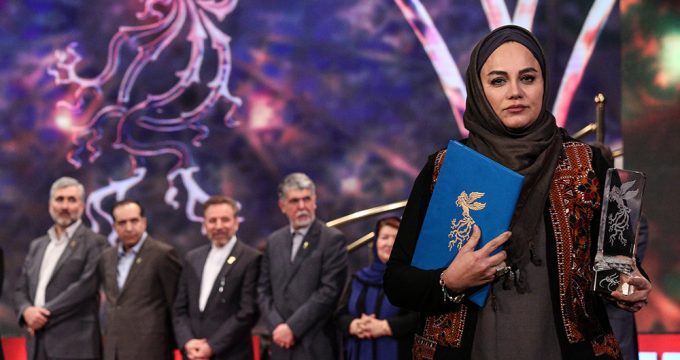 Al-Monitor | Rohollah Faghihi: Movies about terrorism and crime raked in awards this year at the Fajr International Film Festival, the oldest cinema festival in Iran.

In a cruel twist, on Feb. 13 — a mere 48 hours after the award ceremony — 27 people were killed in a terror attack, believed to be staged by an offshoot of Jundallah, a Sunni Baluch extremist group and the subject of the festival’s top winner, “When the Moon Was Full.” Jaish al-Adl, founded in 2012 by members of Jundallah, claimed responsibility for a suicide car bomb that targeted a bus carrying members of Iran’s Revolutionary Guard Corps.

“When the Moon Was Full” explores the life of Abdulhamid Rigi, the younger brother of Abdulmalek Rigi, the executed leader of Jundallah. The movie, directed by Narges Abyar, swept the awards for best director, best actor (Hootan Shakiba playing the role of Abdulhamid), best actress (Elnaz Shakerdust for the portrayal of his wife Faezeh) and best supporting actress (Fereshteh Sadr-Orafai as the mother of the Rigi brothers). The film also took the award for best film, beating its prominent rivals “6.5 for a Meter” by Saeed Roustayi and “Warden” by Nima Javidi.

Critics at the Fajr Film Festival described “When the Moon was Full” as a phenomenal film that provides a rare insight into an infamous terrorist group. The movie is based on the true story about the marriage of Abdulhamid Rigi and Faezeh Mansuri. Abdulhamid talks Faezeh into leaving Tehran for Pakistan along with her brother Shahab, but the family finds themselves captives of Jundallah. Shahab, who the group says is an Iranian agent, is beheaded. In the movie, Abdulmalek calls the father of Faezeh and Shahab to tell him to “watch the video of your son’s beheading on Al-Arabiya tomorrow night.” Though Faezeh has a chance to escape, she chooses to remain in Pakistan so as not to leave her three children. Finally, Abdulhamid kills her in her sleep on the orders of his elder brother.