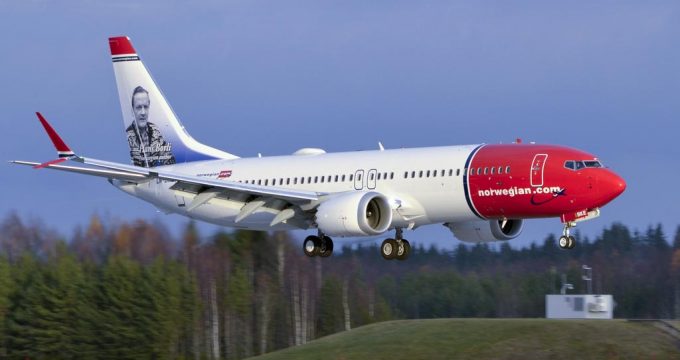 Bloomberg – A Norwegian Air Shuttle ASA aircraft stranded in Iran for more than two months because of U.S. sanctions against the Islamic Republic has finally flown home.

The plane, a Boeing 737 Max aircraft, landed at Stockholm’s Arlanda airport early on Saturday, the company said in a statement. It’s “a big relief” to get the plane home again, spokeswoman Astrid Mannion-Gibson said in the statement.

The plane made an emergency landing in Shiraz in Iran on Dec. 14 after developing engine problems while en route from Dubai to Oslo. While passengers resumed their flights the next day, the stricken plane was stranded because sending a replacement engine ran afoul of recently reinstated U.S. sanctions forbidding the export of aircraft parts to Iran.

Norwegian approached the U.S. Office of Foreign Asset Control to find a workaround, but the process was held up by various issues including the recent U.S. government shutdown. The airline said on Feb. 20 that it was in the process of flying a replacement engine to Iran so that the aircraft could return to its home base in the Nordic region.