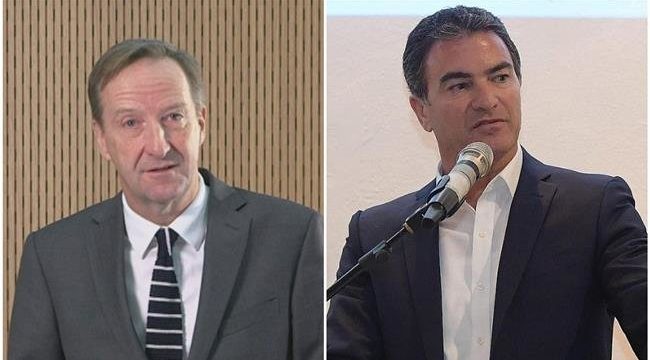 Press TV – The head of Britain’s foreign spy agency MI6 has reportedly made a secret visit to Tel Aviv and exchanged views with Israeli intelligence officials on Iran’s nuclear activities.

The TV report claimed that Iran has recently renewed its production of centrifuges, “and is gearing up for the renewal of uranium enrichment” within the provisions of the 2015 nuclear deal, officially named the Joint Comprehensive Plan of Action (JCPOA).

Tehran, the report further claimed, is currently “preparing the infrastructure” for nuclear activity “in an accelerated fashion.”

The report came hours after the UN nuclear agency confirmed that the Islamic Republic is continuing to comply with the JCPOA.

The International Atomic Energy Agency (IAEA) said in a confidential quarterly report that Iran remained within caps on the level to which it can enrich uranium and its stock of enriched uranium in accordance with the nuclear agreement.

In September 2018, Netanyahu went to the UN to show pictures of an alleged Iranian nuclear weapons storage site, which turned out to be a carpet cleaning factory, with the IAEA ignoring the claim.

Last year, President Donald Trump pulled the US out of the JCPOA and unleashed the “toughest ever” sanctions against Iran.

Since then, Washington has been trying to coerce the Europeans into following its lead and withdrawing from the nuclear accord with Iran.

In January, Bloomberg reported that the US had been pushing to open “a special investigation” into Iran’s past nuclear work, but “it’s not gaining traction among the international officials who can make it happen.”