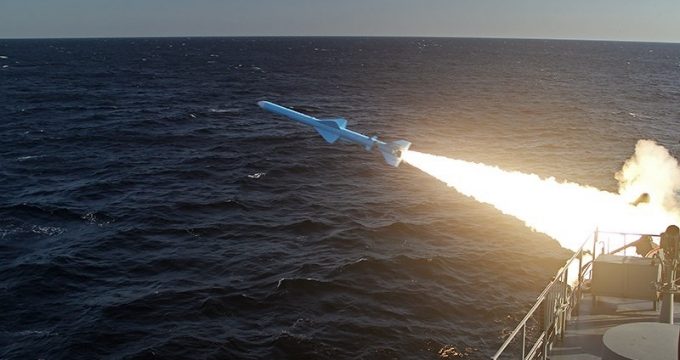 IRNA – Three cruise missiles were shot from coastal launchers in the second day of Velayat 97′ wargame which is underway in the Sea of Oman on Friday.

The Iranian missile launchers also launched a Qader missile toward its target in the sea.

Qader and Qadir missiles with 250 and 300 km range have the capability of being launched from ships, coastal systems and helicopters.

More than 100 of the Navy fleet, including different kinds of destroyers, missile launching navies, logistic navies, light and heavy submarines, hovercrafts, fixed wing aircrafts, and helicopters have participated in the parade.