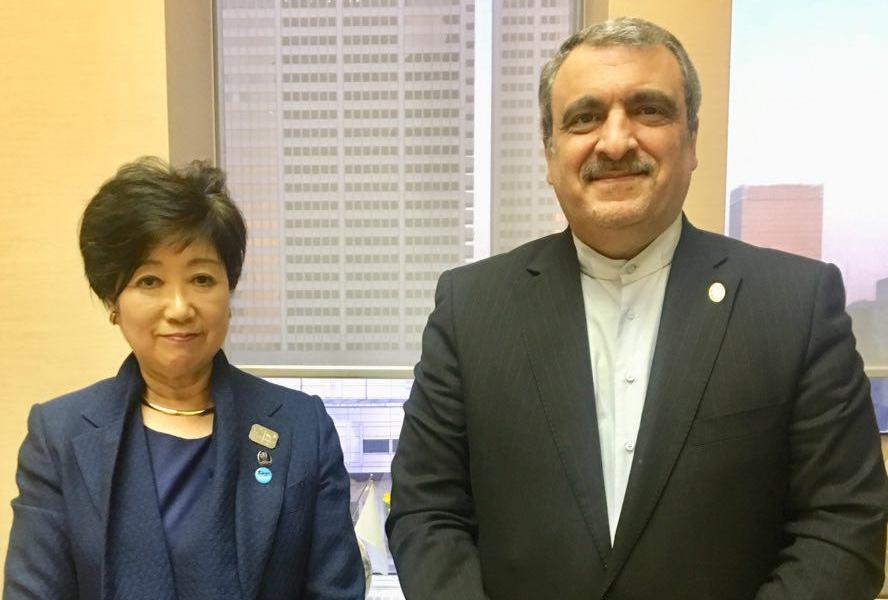 ‘Fortunately, we are witnessing expansion of diplomatic and economic relations between Iran and Japan and upward growth in their cooperation; the relations are getting expanded,’ said Movahed while talking to Tokyo Governor Yuriko Koike on the millennial old relations between Tehran and Tokyo.

Furthermore, the Iranian envoy provided his host with highlights of Iran’s programs in the fields of culture, arts, science and sports to expand ties with Japan on the 90th anniversary of the two-way diplomatic relations, while inviting her to attend the cultural ceremonies.

He also informed the Japanese official on Iranian sports teams’ willingness for effective participation in the Olympic and Paralympic Games Tokyo 2020 and said Iran Embassy to Japan is ready for any cooperation in that area.

Tokyo Governor for her part appreciated Iran for ceremonies marking the 90th anniversary of Iran-Japan relations.

She said Japanese primary school students are highly interested in research on Iran and hoped for suitable ground for expansion of mutual cultural relations.