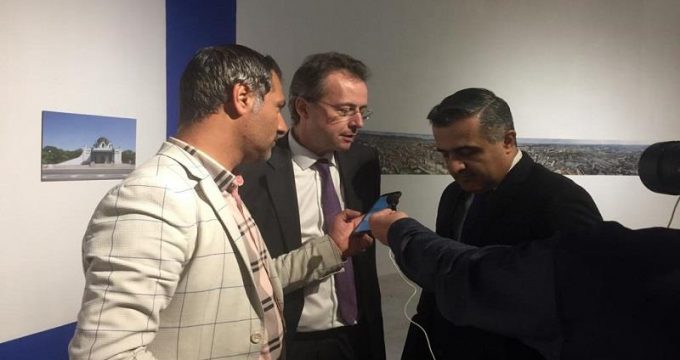 Grabmeier who is currently in Abadan to inaugurate an exhibition of works by the Austrian architect and urban planner Otto Wagner told reporters that Iran’s trade, commercial, industrial and economic capacities are suitable grounds for promoting trade relations between them.

Iran is experiencing hard conditions following reinstatement of sanctions, he said, noting that of course, Iran’s economy faced tougher sanctions, but overcame them successfully, he said.

Sanctions should be used as an opportunity for boosting bilateral economic relations, he said.

Iran’s exports to Austria were tripled last year, he said, noting that Austrian imports from Iran are mainly oil and petrochemicals.

Iran-Austria trade stood at 750 million euros last year and major problems were in the field financial transactions due to the sanctions, he said.

The Austrian government aims to facilitate trade relations between the two countries’ businessmen, he said.