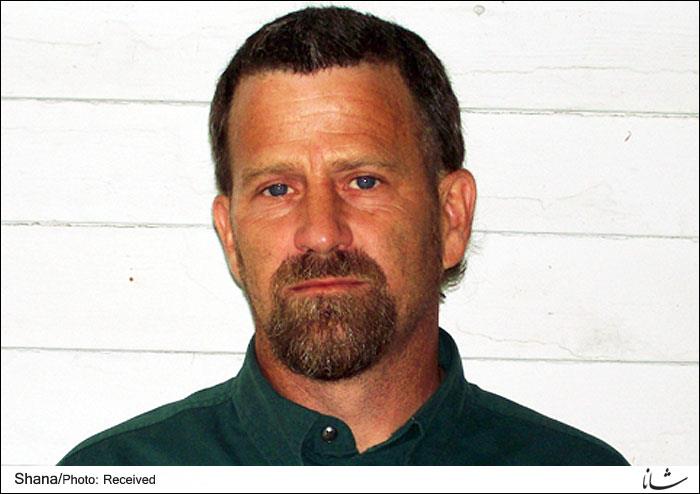 JCPOA to stand, intervention in Venezuela to fail as US empire on its last leg: Author

Tasnim – Dean Henderson, author and geopolitical analyst from Missouri, said the US empire is nearing its end, predicting that the 2015 nuclear deal between Tehran and world powers will stand despite US pressures and Washington’s intervention in Venezuela will fail.

“Yes, I think it (the JCPOA) will (stand). Common sense will prevail over the neo-cons and neo-liberals running US, UK and French foreign policies on behalf of their Crown masters. The US intervention in Venezuela will also fail. The Empire is on its last leg,” Henderson told Tasnim.

Dean Henderson earned a BLS (Bachelor of Liberal Studies) from the University of South Dakota and an MS in Environmental Studies from the University of Montana. He founded/published/edited one of America’s first political “zines”, The Missoula Paper, in 1990 in Missoula where he was also a regular columnist for the Montana Kaimin. Henderson has traveled to some 50 countries and has written articles for the Global Research, In These Times, Paranoia, Veterans Today, and Rense.com.

He has authored five books. His first book, “Big Oil and Their Bankers in the Persian Gulf: Four Horsemen, Eight Families and Their Global Intelligence, Narcotics and Terror Network” has become a global cult classic among conspiracy researchers. His second book, “The Grateful Unrich: Revolution in 50 Countries” chronicles insights gained from a lifetime of overseas travel. His third book, “Das Kartell der Federal Reserve: Acht Familien beherrschen die Welt”, is published is German language by Kopp Verlag. His fourth book, “Stickin’ it to the Matrix”, is a practical guide to dropping out of the evil Illuminati system and kicking it in the nuts! His most recent book “The Federal Reserve Cartel”, reveals the owners of the world’s private central banks and offers a solution to end their global hegemony over the planet and its people.

Tasnim: After months of foot-dragging, Britain, France and Germany in early Feb. issued a joint statement on the creation of a new trading system called the Instrument in Support of Trade Exchanges (INSTEX) that will allow trade between the EU and Iran without relying on direct financial transactions. What do you think about this mechanism?

Henderson: For INSTEX to work, it must find a way around the International Clearing System (ICS), run by the London Clearing House Ltd. (LCH). LCH is a subsidiary of the London Stock Exchange Group, which was founded in 1698 and whose biggest shareholders include Blackrock, The Capital Group & QIA. It is ultimately controlled by the Bank of International Settlements in Basel, Switzerland. In the US, the Federal Reserve serves as the intermediary for the Clearing System in this country and is part of ICS. SWIFT codes, IBAN bank numbers & National IDs are part of this rigged system, which is controlled by the global banking oligarchy. If INSTEX can find a way around this cabal then it could prove a revolutionary breakthrough which brings down the US dollar Bretton Woods system.

The Crown-controlled Western nations cannot tolerate any national system which excludes access to its corporate and banking tentacles. Thus, socialism is the real enemy of the Crown. It will not hesitate to deploy its various “aid groups”, NGOs, intelligence agencies and mercenary armies to attack any nation which dares to create an alternative to this international plantation model. Iran & Venezuela are two countries which have done just this. Yugoslavia, Iraq, Libya, Syria and Sudan were others. All were or are currently under siege from the Crown’s forces, many of whom reside in those nations. There are Crown agents everywhere who have sold their souls and their patriotism for the right price.

Tasnim: As you know, EU officials have repeatedly expressed the bloc’s determination to preserve the JCPOA. Recently, US Vice President Mike Pence said, “(This is) an ill-advised step that will only strengthen Iran, weaken the EU and create still more distance between Europe and the US”. Do you believe that the EU will finally stand up to the US or it is just a bluff game?

Henderson: History tells us that the US plays the Crown’s bad cop and the Europeans play its good cop. But in the end, their policies always align perfectly. So, at first glance, a betting man would say it is a bluff. But one wonders if the election of Trump could be a game-changer. He has alienated so many EU leaders. Germany seems especially ripe right now to take a long look East towards Russia and wonder if they are not better off allying with them. The relentless pressure from the US over Germany’s embrace of the Nord Stream II pipeline could push them further in that direction. If INSTEX can be deployed and the Europeans can see benefit materially from imported Iranian oil and exports to Iran, this could produce more daylight between the US & EU.

Tasnim: Will the JCPOA stand?

Henderson: Yes I think it will. Common sense will prevail over the neo-cons and neo-liberals running US, UK and French foreign policies on behalf of their Crown masters. The US intervention in Venezuela will also fail. The Empire is on its last leg.

Dean Henderson, JCPOA, US, Venezuela crisis February 20, 2019
Wood loading center of exporting to Iran to be constructed in Astrakhan
A Look at Iranian Newspaper Front Pages on February 20