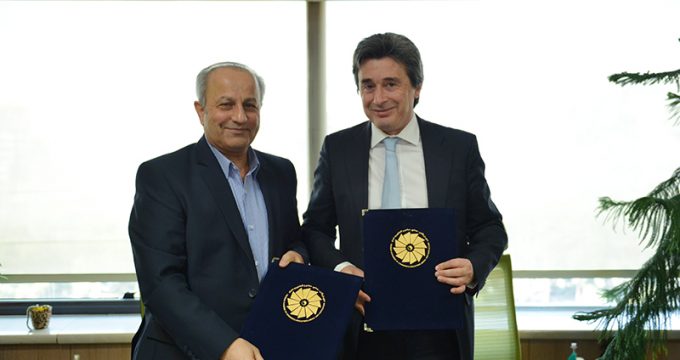 Iranian, Portuguese SMEs to use INSTEX to expand ties

IRNA- Iranian and Portuguese small- and medium-sized enterprises (SMEs) signed a Memorandum of Understanding (MoU) to expand business ties and use INSTEX.

The document was signed during a ceremony at Tehran Chamber of Commerce, Industries, Mines and Agriculture (TCCIMA) attended by João Côrte-Real, Portuguese Ambassador to Iran and a business delegation from the Empresarial Association of the Portuguese city of Viana Do Castelo, headed by its president Louis Cena.

The two sides agreed that SMEs are the best candidates to keep up trade between Iran and Europe as the US unilateral sanctions have targeted big state Iranian companies.

The Portuguese ambassador said Tehran Chamber of Commerce can pave the way for SMEs to expand mutual commercial ties.

He called on the TCCIMA and Empresarial Association of the Portuguese city of Viana Do Castelo to be in frequent contact and hold talks on how to further expand their cooperation.

“We are interested to strengthen the bridges that connect us and are prepared to create our own trade mechanisms at the request of Iran,” said Louice Cena.

Also, head of Energy Commission at Iran Chamber of Commerce Ali Shams Ardakani asked the Portuguese officials to organize their SMEs for prioritized projects such as cooperation in renewable energy. He also urged them these companies to use Europe’s special payment channel, called INSTEX (Instrument in Support of Trade Exchange) for better financial transactions.

Moreover, Mohammad Amirzadeh, a member of the Tehran Chamber of Commerce, active in petrochemical production, said Iranian companies are ready to export to Portugal.

He also noted that Iran can be used as a base for the re-export of Portuguese products to Iran’s 15 neighbours.

Ali Shams-Ardakani, INSTEX, Iran-Portugal ties, João Côrte-Real, Louis Cena February 20, 2019
Iran-S. Africa cooperation will not reduce with US exit from JCPOA
Wood loading center of exporting to Iran to be constructed in Astrakhan